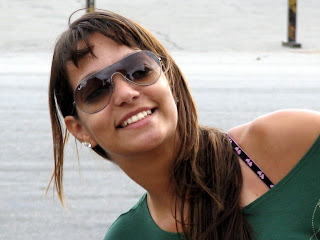 The Portuguese explorer Juan Diaz de Solis was cruising the eastern bank of the Rio de la Plata (Silver River) when he first saw the hill near the mouth of the harbor and exclaimed, “Monte vide eu” or “I see a hill” and that is supposedly how Montevideo, Uruguay got its name. Once a very rich country, Uruguay is a shadow of its former colonial times but the sumptuous architecture still exists, albeit in somewhat less than its original glory. Montevideo is Uruguay’s only major metropolis with approximately 3 million residents or about one-sixth of the total population of this once again emerging country.

The largest exports for this country are agriculturally based with the most prominent one being beef with an up and coming segment being wine. Twenty-three miles outside of Montevideo we visited the Juanico wine region of Uruguay and a family-owned winery which has been in continual production since 1835. We toured the vineyards, leaning about the various varieties which have gained international recognition and gold medals at some of the most prestigious wine competitions worldwide. In addition to all of the usual white and red varieties (Chardonnay, Sauvignon Blanc, Merlot, Cabernet Sauvignon and Cabernet Franc), Uruguay’s flagship variety is Tannat, which produces, we were told, a full-bodied red. Perhaps it is just my unsophisticated palette but I found it to be full of color and scent but less than full on flavor; a very dry wine with high tannins.

The winery was beautiful and full of rustic elegance and the wine cellar, built in 1840, with its hundreds of French oak barrels and musky walls was charming. We sampled various wines with cold meats, cheese, homemade breads and stuffed pastries then watched a demonstration of Tango dancing performed by the runner up of last year’s national Uruguay competition. My photos do not do the grace and athleticism (not to mention sensuality) of this couple justice. They were fabulous!

Back in Montevideo Vicki and I headed for the quintessential lunch experience at the Mercado del Puerto, a restored building of vaulted iron beams and colored glass. It houses multiple stalls and eateries where, over large fires, the best “parrillas” or grilled beef is cooked. It is a mix of casual lunch counters (where Vicki and I sat) or sit-down restaurants all under one roof. The place was packed and locals and tourists mixed in this friendly, if not chaotic setting. They say you have not been to Uruguay if you have not eaten their beef and I must say it is wonderful. On the grill were steaks of all cuts, chops, lamb, sausages, ribs, peppers and onions, and grilled mozzarella, the cooking of which was being orchestrated by a grill chef who was a great show all by himself. The smell of roasting meats permeated the entire building and the noise and commotion created by these dozen (or more) open fire grills and their ravenous patrons were intoxicating. We had brochette de loma and a grande cerveza (bacon-wrapped beef tenderloin with grilled red peppers and onions and a big beer) that was simply marvelous.

We will reverse our course this evening and proceed back south to latitude 34° 35’ 13” S to Buenos Aires, Argentina; the ninth largest city in the world with a population of 7 million people and birthplace of The Tango! Until then, God Bless you all.

Jud and Vicki
trong>PS having trouble uploading my photos with the exception of this rather cute Uruguayan girl, but will send in other posts tomorrow morning. J.
Posted by JudSmithWrites at 10:47 AM

Email ThisBlogThis!Share to TwitterShare to FacebookShare to Pinterest
Labels: Travel