Okinawa, Japan is the southern-most island in the Japanese Archipelago and the only region that is located in a subtropical climate zone between latitude N 24° and 28° and enjoys a mild temperature almost all year.  Positioned midway between Taiwan and mainland Japan, Okinawa has its own history, culture, heritages and even food.   In fact, from China, the principle that food is medicine came to permeate the Okinawan culture and is credited with the fact that it is renowned worldwide for the longevity of its people.  Within the next ten years over 40% of the population will be over 60 years old.


Before Okinawa became a Japanese prefecture in 1879 it was the independent small kingdom of Ryukyu, ruled by the Ryukyu kings from the 15th Century.  The largest city is Naha and we took a tour up to the Shurijo Castle.  This administrative center was originally the residence of the Ryukyu kings and is situated on a hill with nice views of the city of Naha and the coastline.  A major venue for affairs of state and ceremonies, it now is a restored UNESCO World Heritage site and Shurijo Castle Park is a much visited tourist attraction by locals and foreign visitors alike.


Surrounding the Seiden (Main Hall) are several other buildings, including the Tamaudun, the mausoleum of the Ryukyu kings.  It is divided into three closed chambers;  the left one for kings and queens, the right one for princes and princesses and the center chamber for storing recently deceased bodies unto a local ritual of bone cleaning is conducted a few years later.  I am sure that Temperance Brennen would understand that process, but I haven’t a clue.


The photo of the model depicts what the palace courtyard would look like during the celebration of Chou-hai-o-ki-shiki, held by the Shuri Royal Court on the morning of New Year’s Day.  Interestingly, Okinawa was the only island where there were ground battles during World War II on Japanese soil.  American navel ships shelled the town of Naha during the Battle of Okinawa in 1945 completely destroying the Shurijo Castle and all surrounding structures on this prominent hill.  Not just knock a few buildings down but completely leveling the entire complex reducing it to nothing more than a pile of ashes and rubble.  While that might sound a bit excessive, it must be pointed out that the Japanese Imperial Army was using the complex as their headquarters and garrison protecting the southern tip of the Empire.  So, every structure, wall and monument you see below is a faithful reconstruction.  The restoration was not completed until 1992.


After visiting the castle park we spent some time on Kokusai-dori Street, the main market area in Naha.   On Sunday they close the street down to vehicle traffic and thousands of friendly, smiling people of all ages visit the 500+ shops and stalls in this huge market.  The butcher section had dozens of stalls with everything from pig’s feet and faces (a delicacy) to one of the largest lobsters I have ever seen and prawns that were 10 inches long (see photos).  There were street performers on every block; singers, jugglers and musicians of every kind.  See next post for MORE PHOTOS.


This was our first visit to Japan and it was a good place to start.  Naha is a favorite tourist destination for Japanese from the rest of the islands and it is easy to see why.  Hope you enjoy the photos.


We have a sea day tomorrow as we transit westward 407 nautical miles across the East China Sea.  Our destination, Shanghai, China.   Until then, 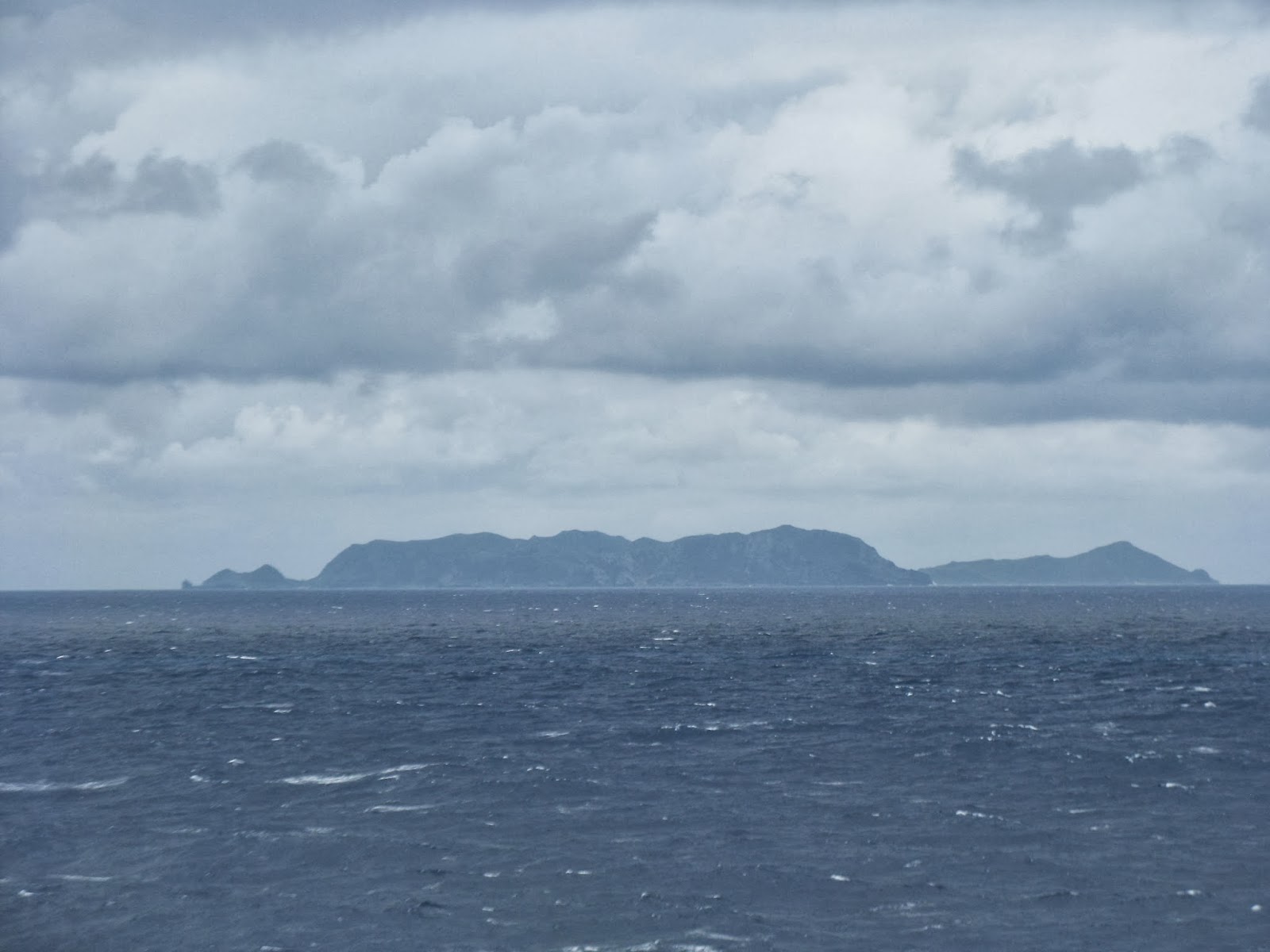 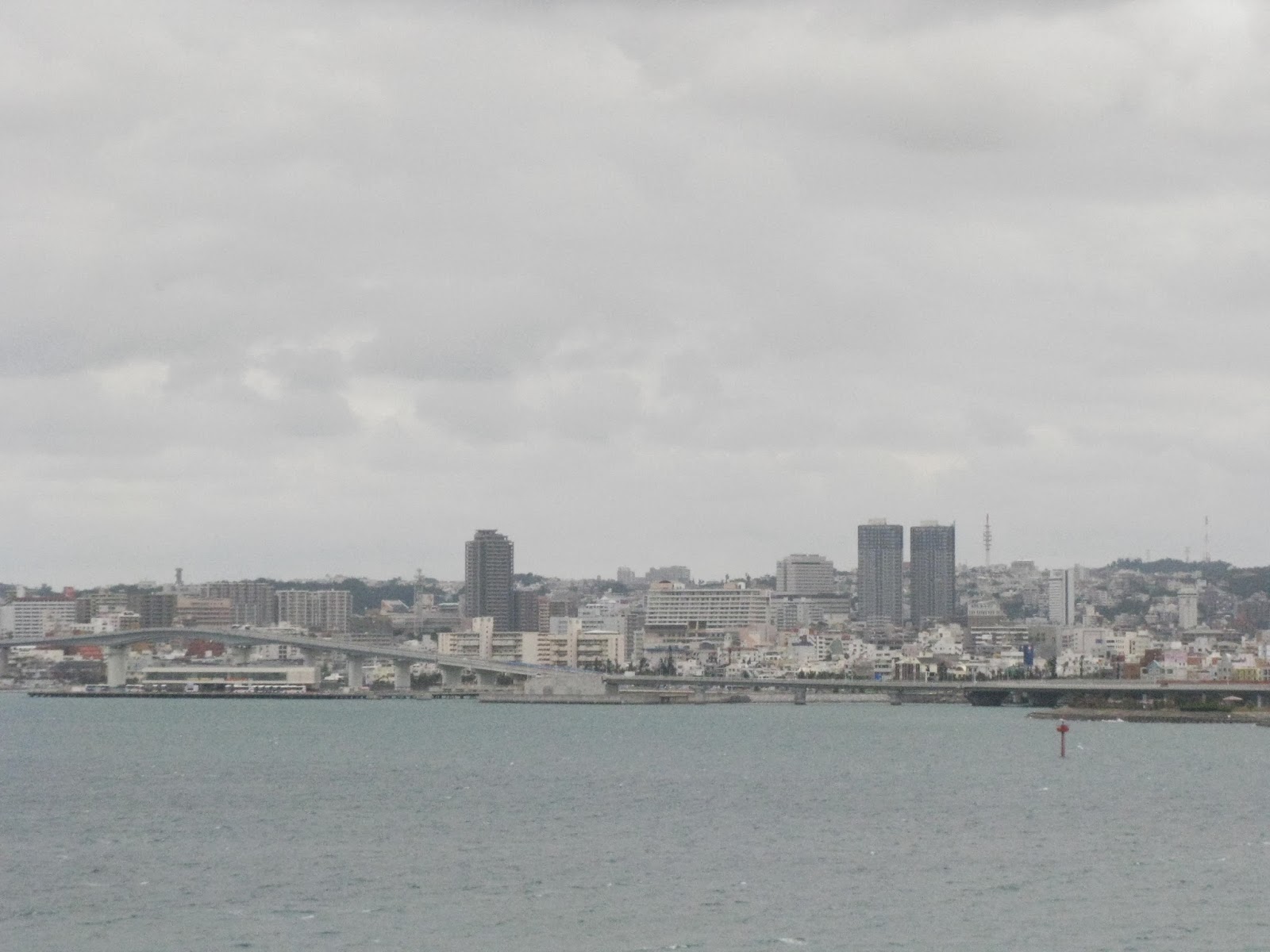 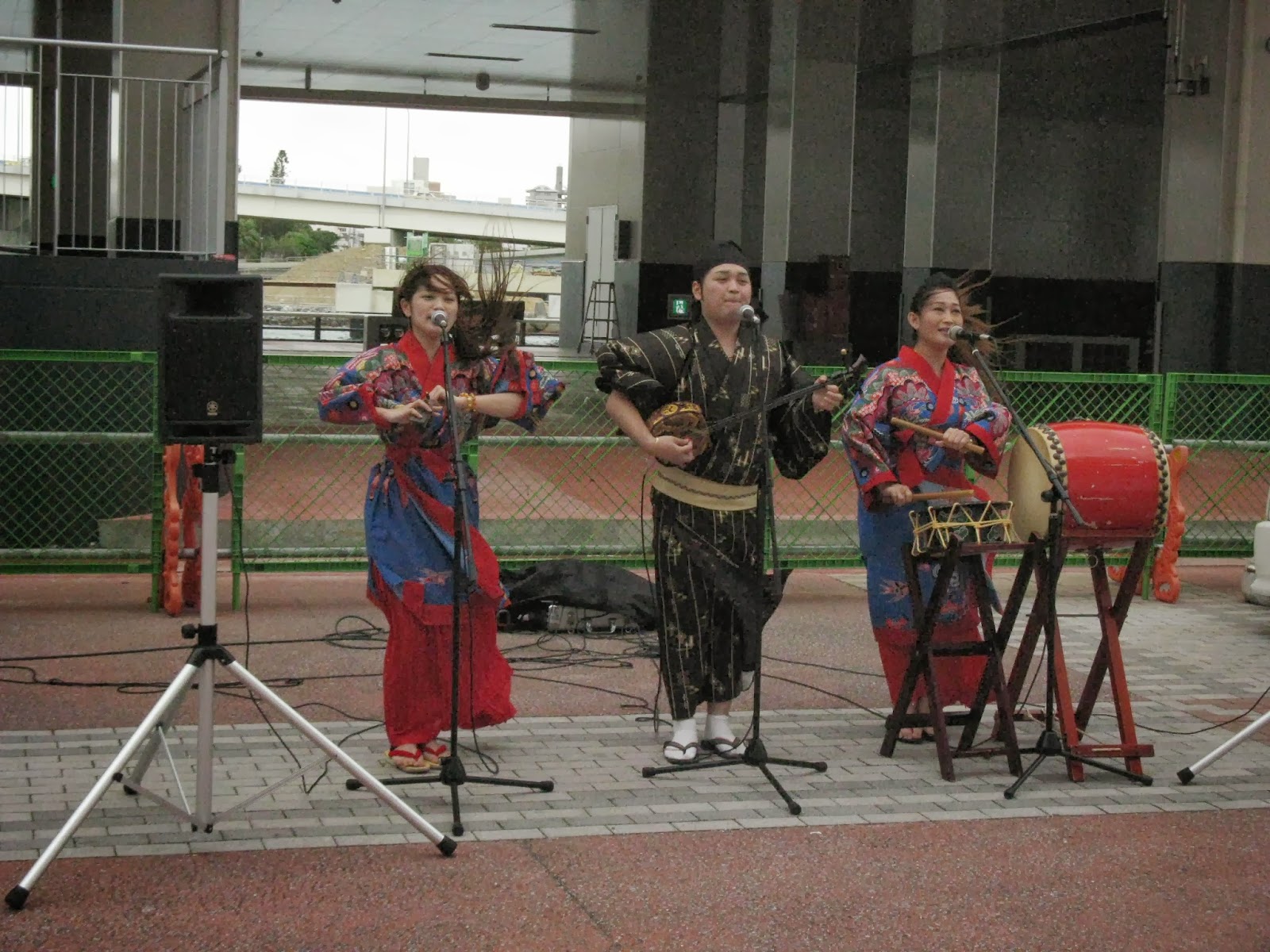 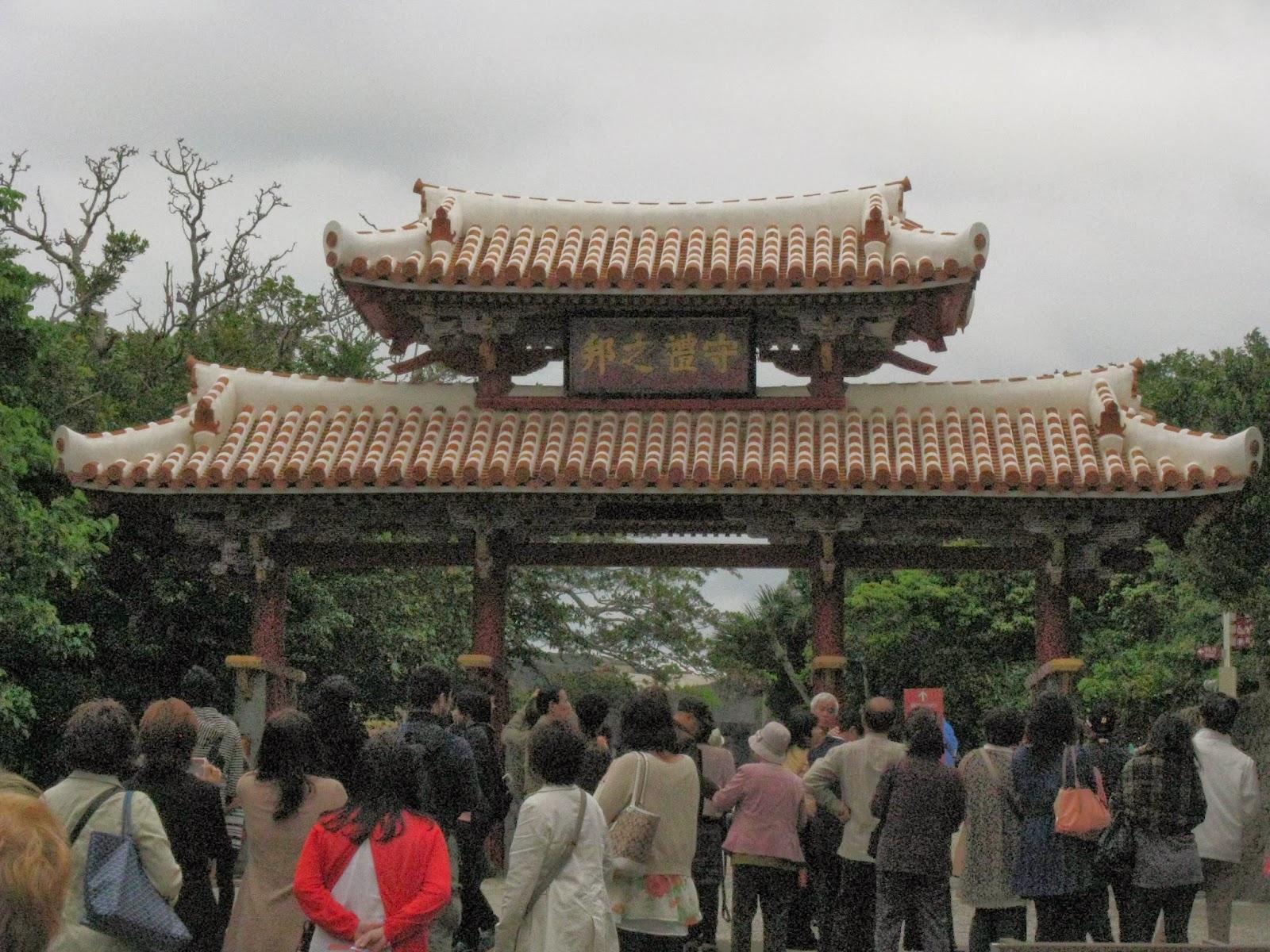 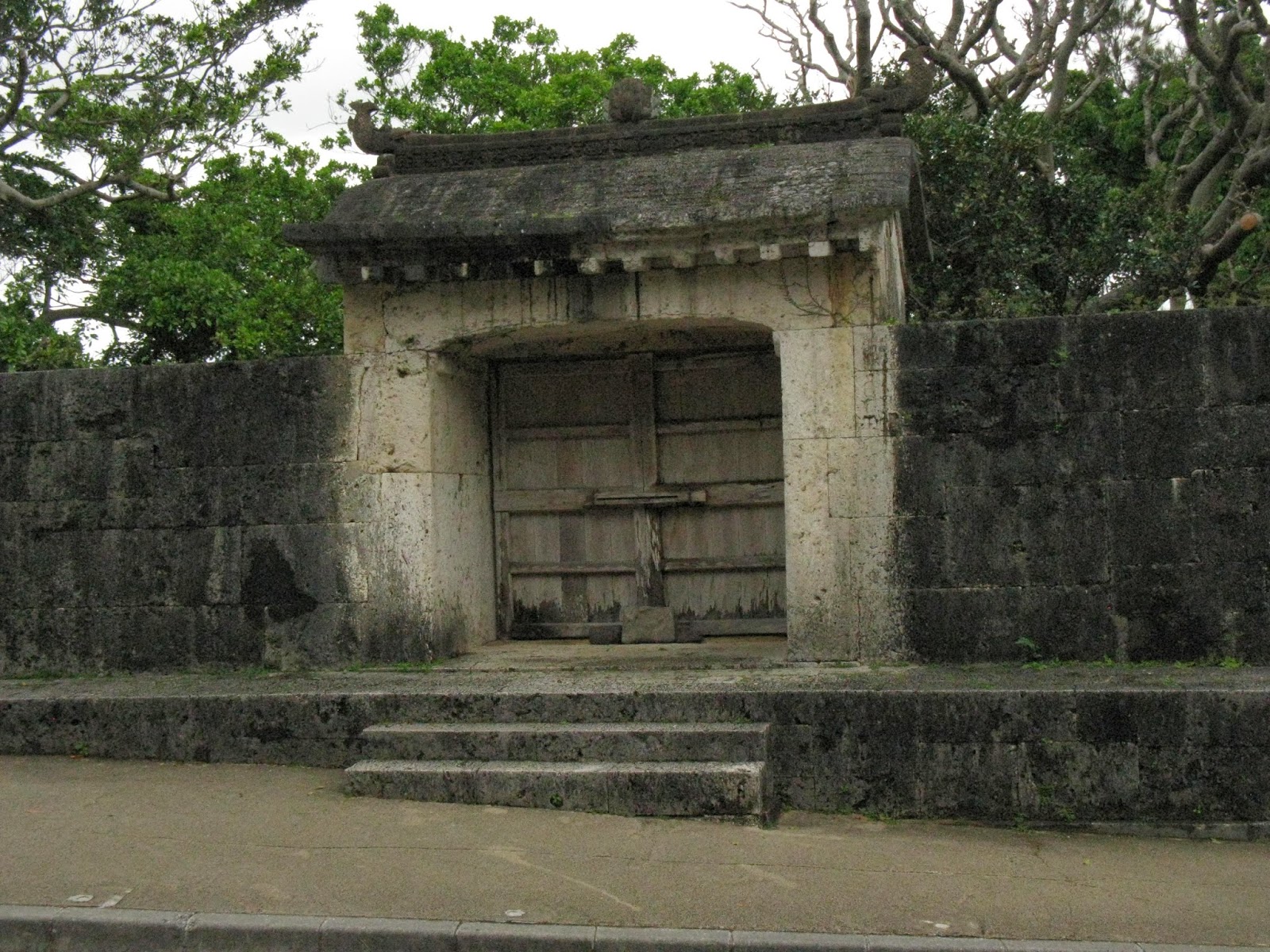 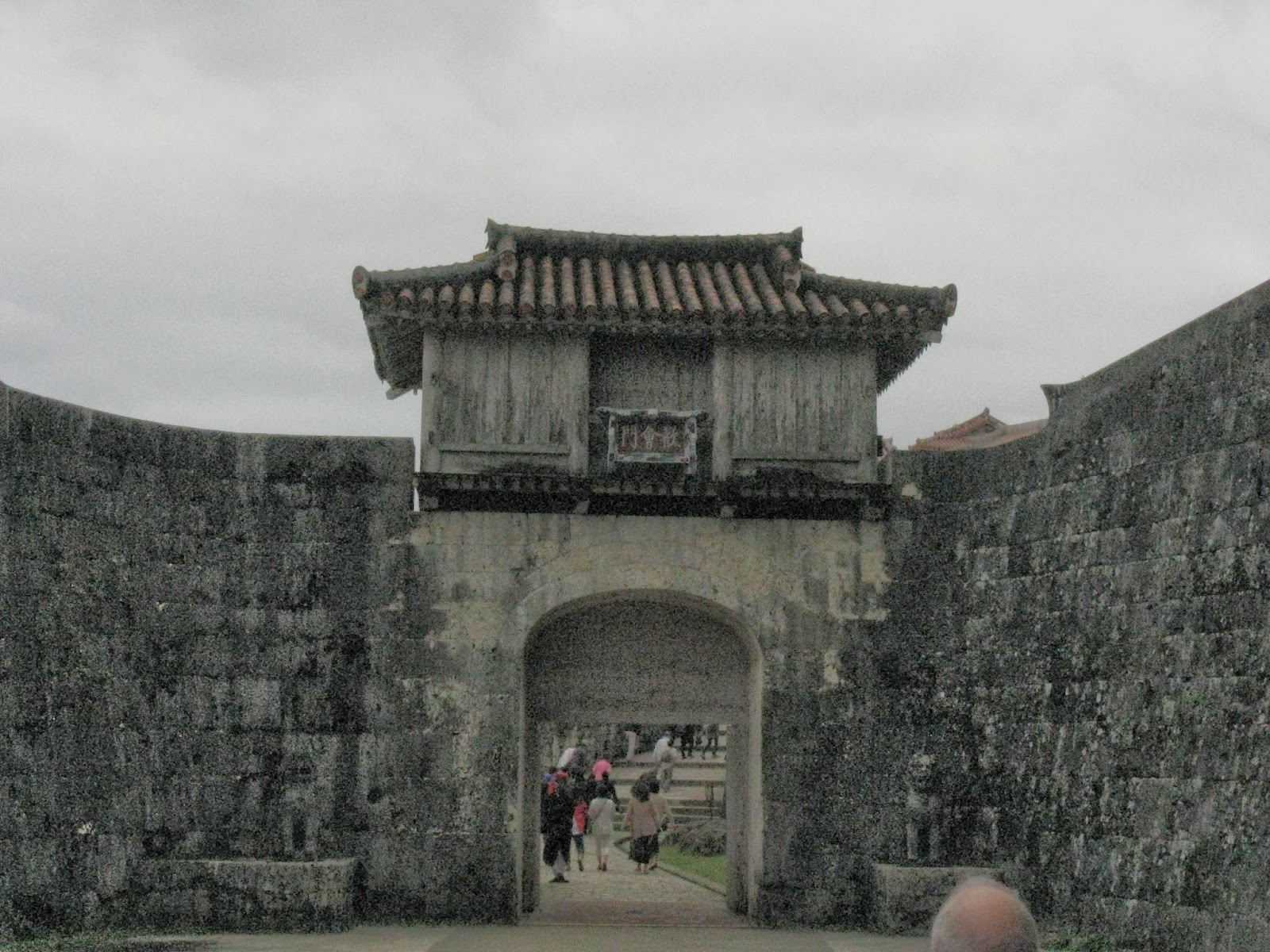 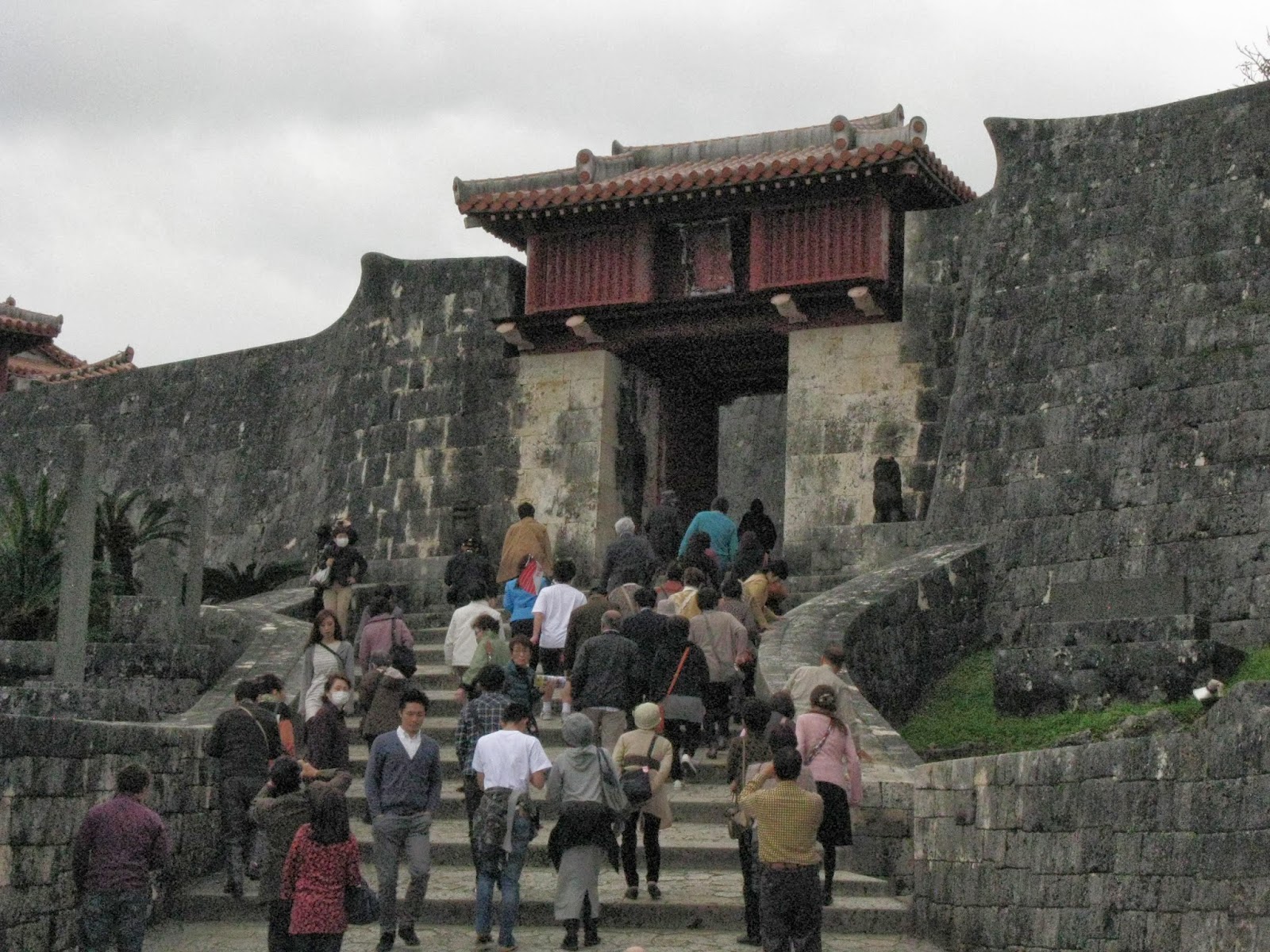 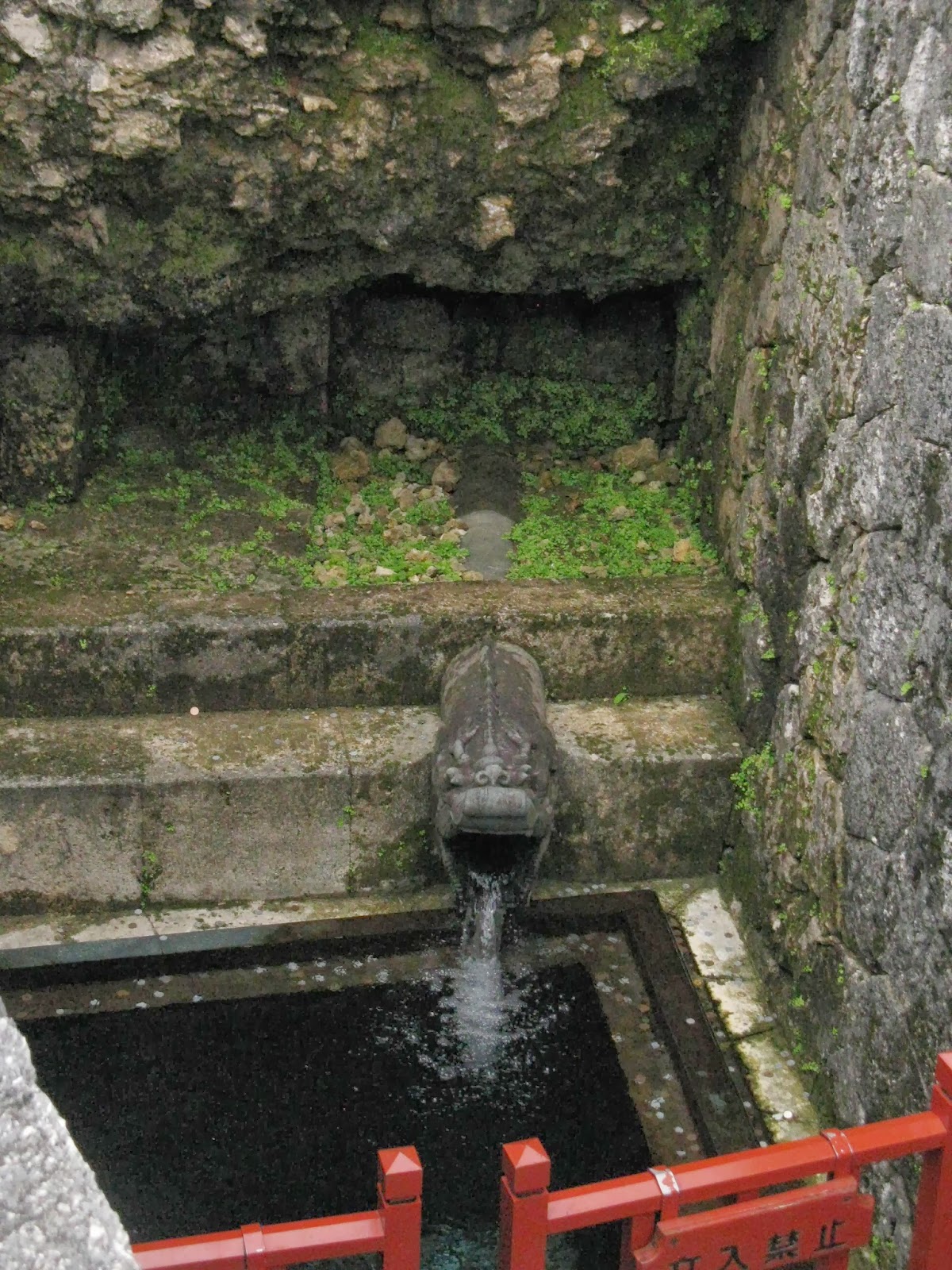 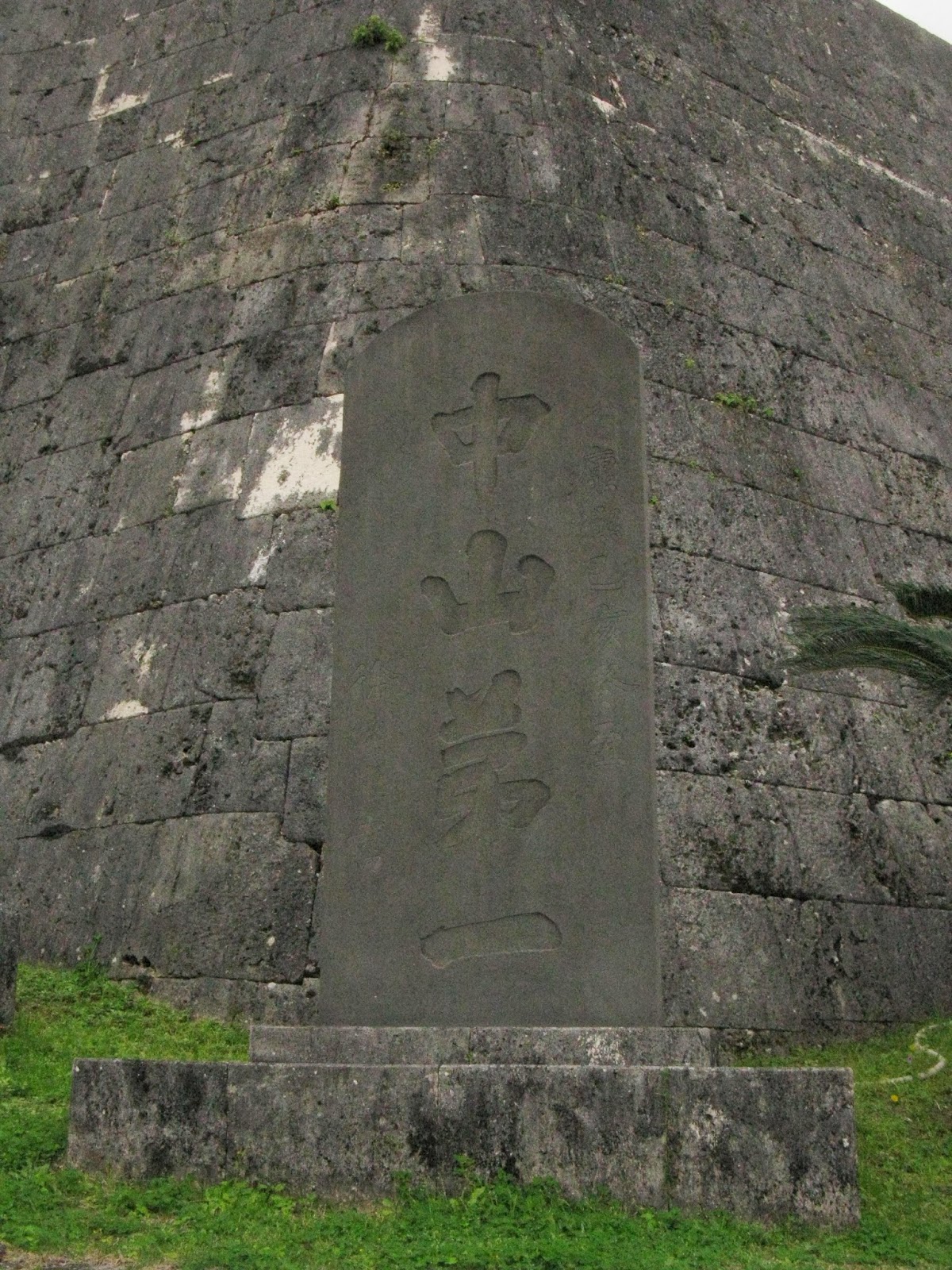 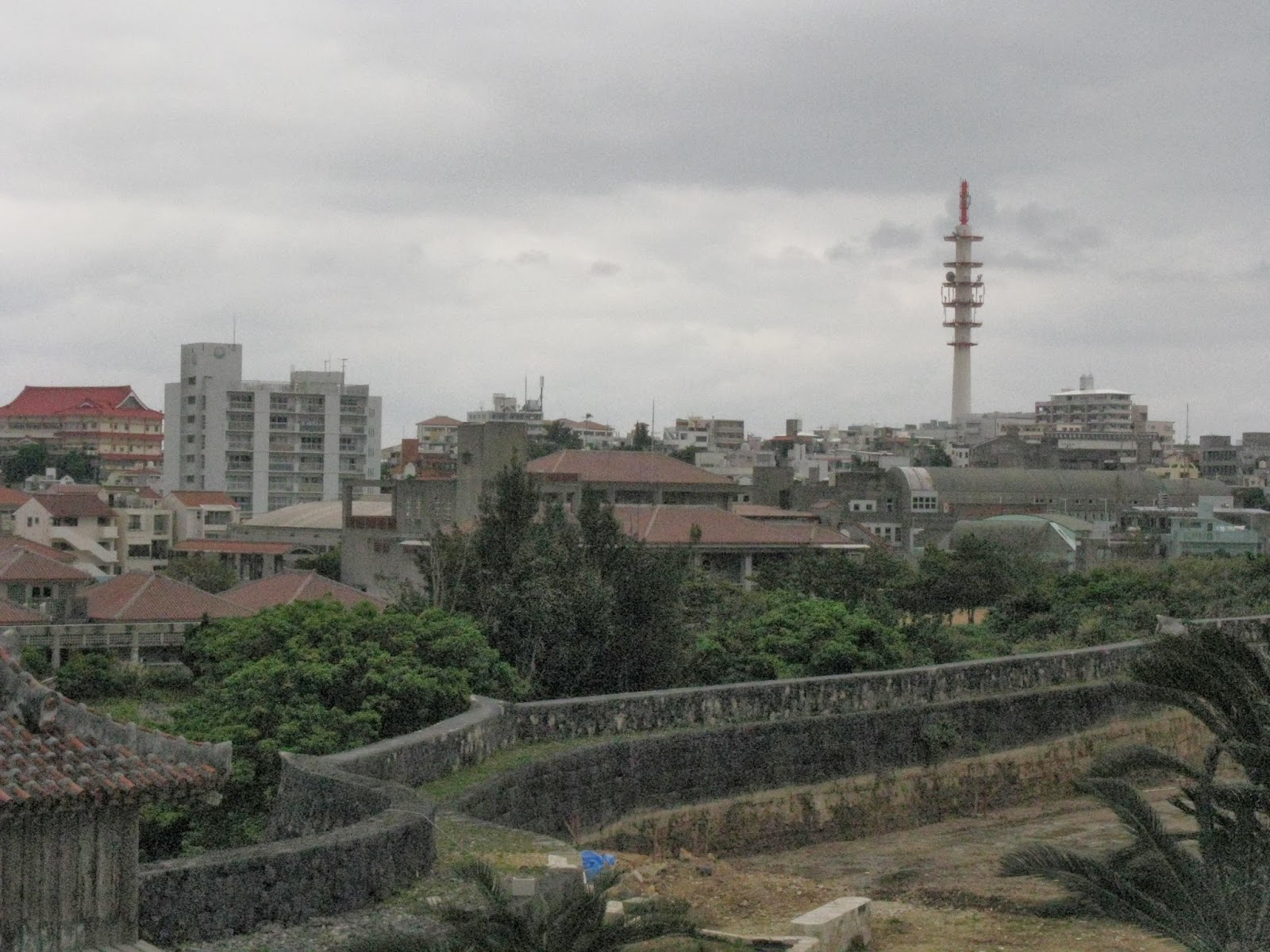 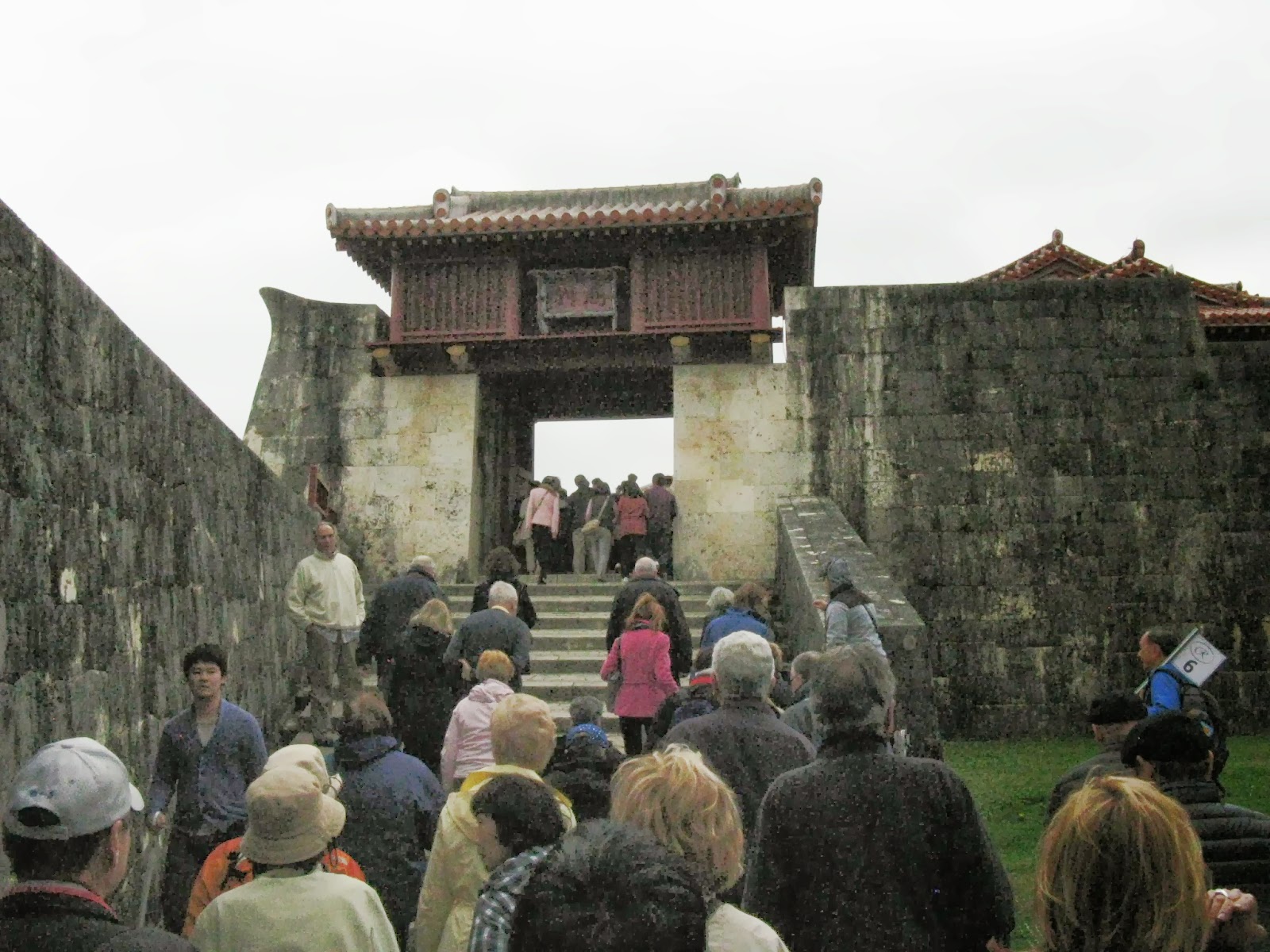 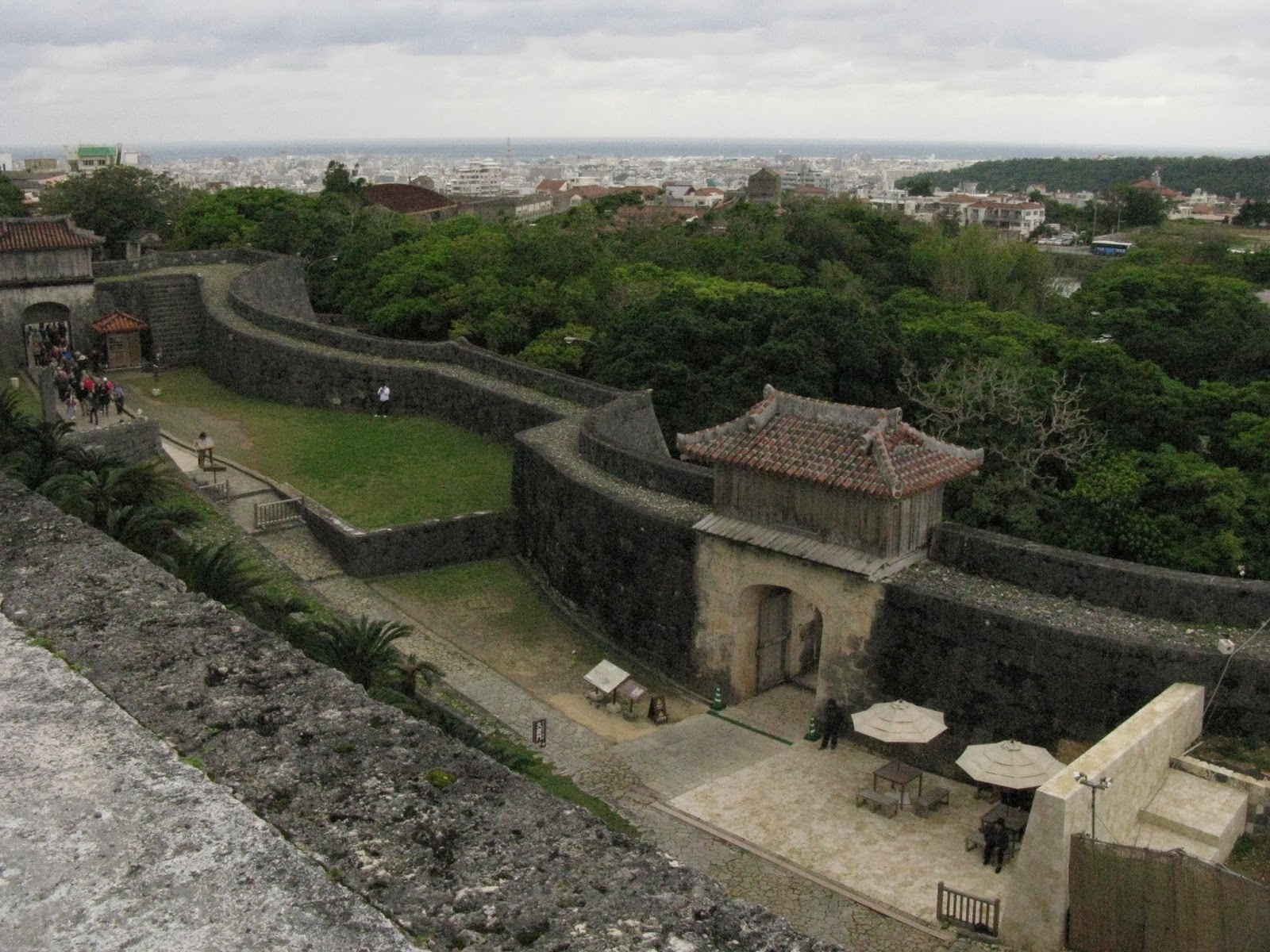 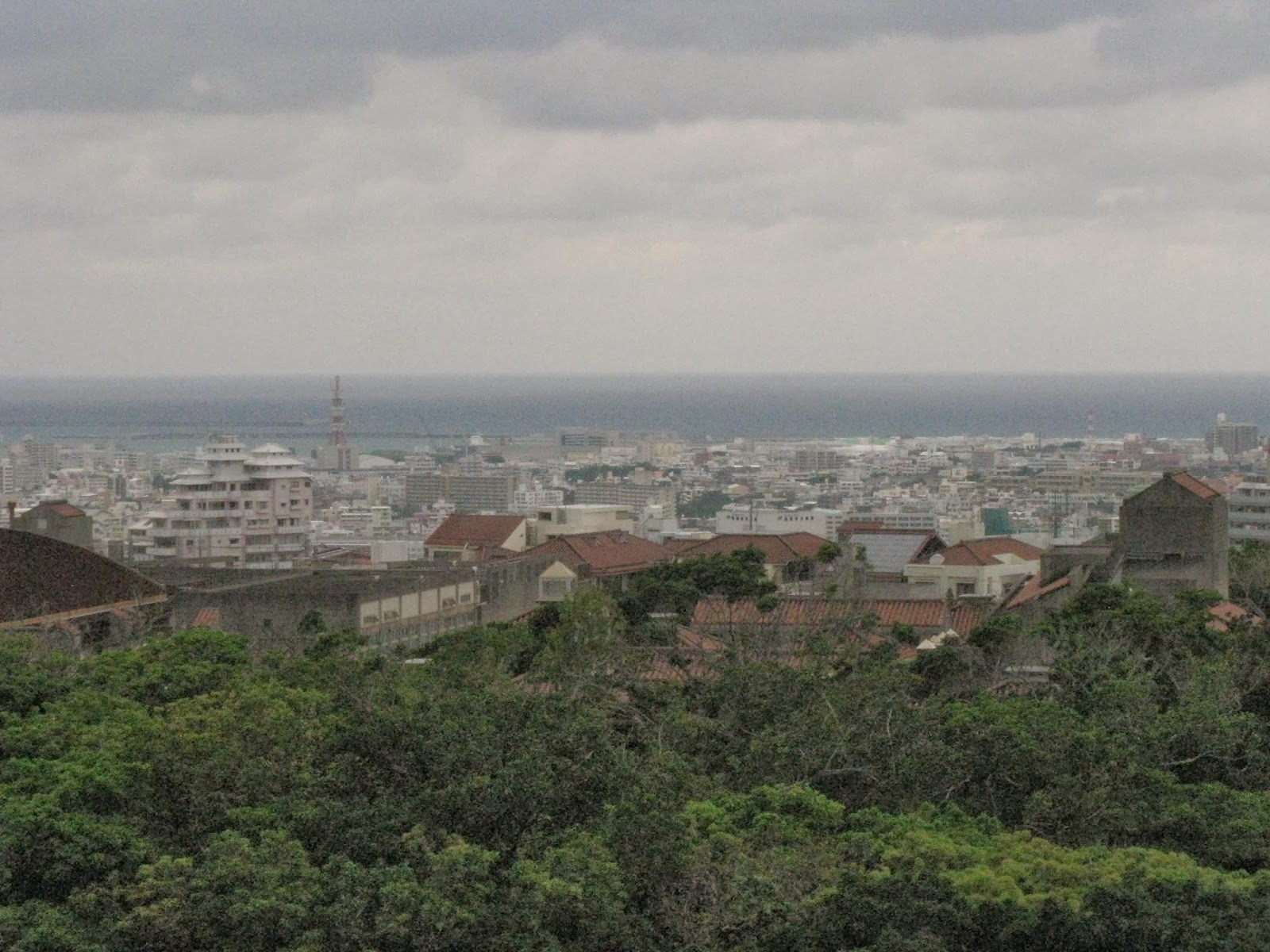 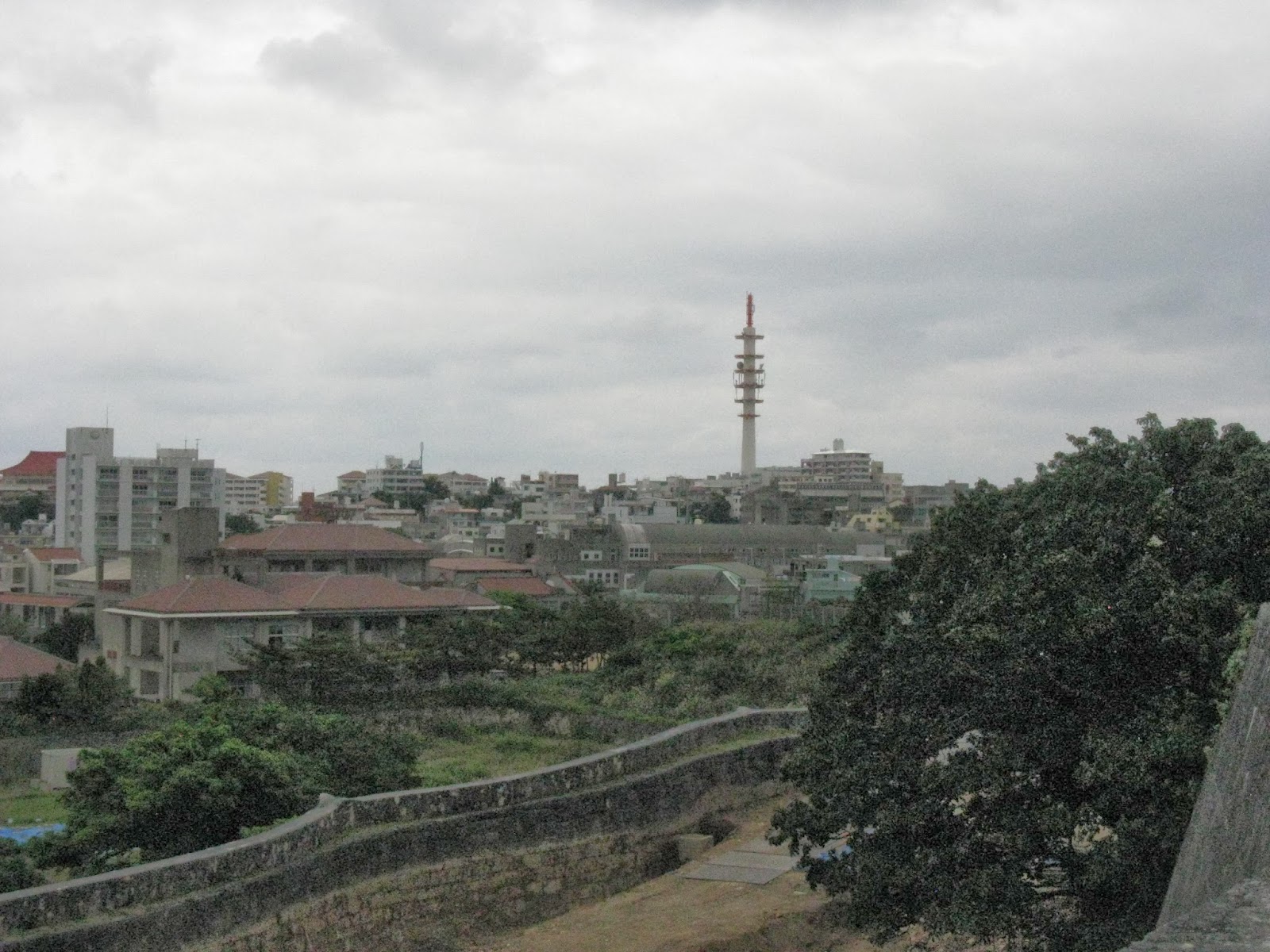 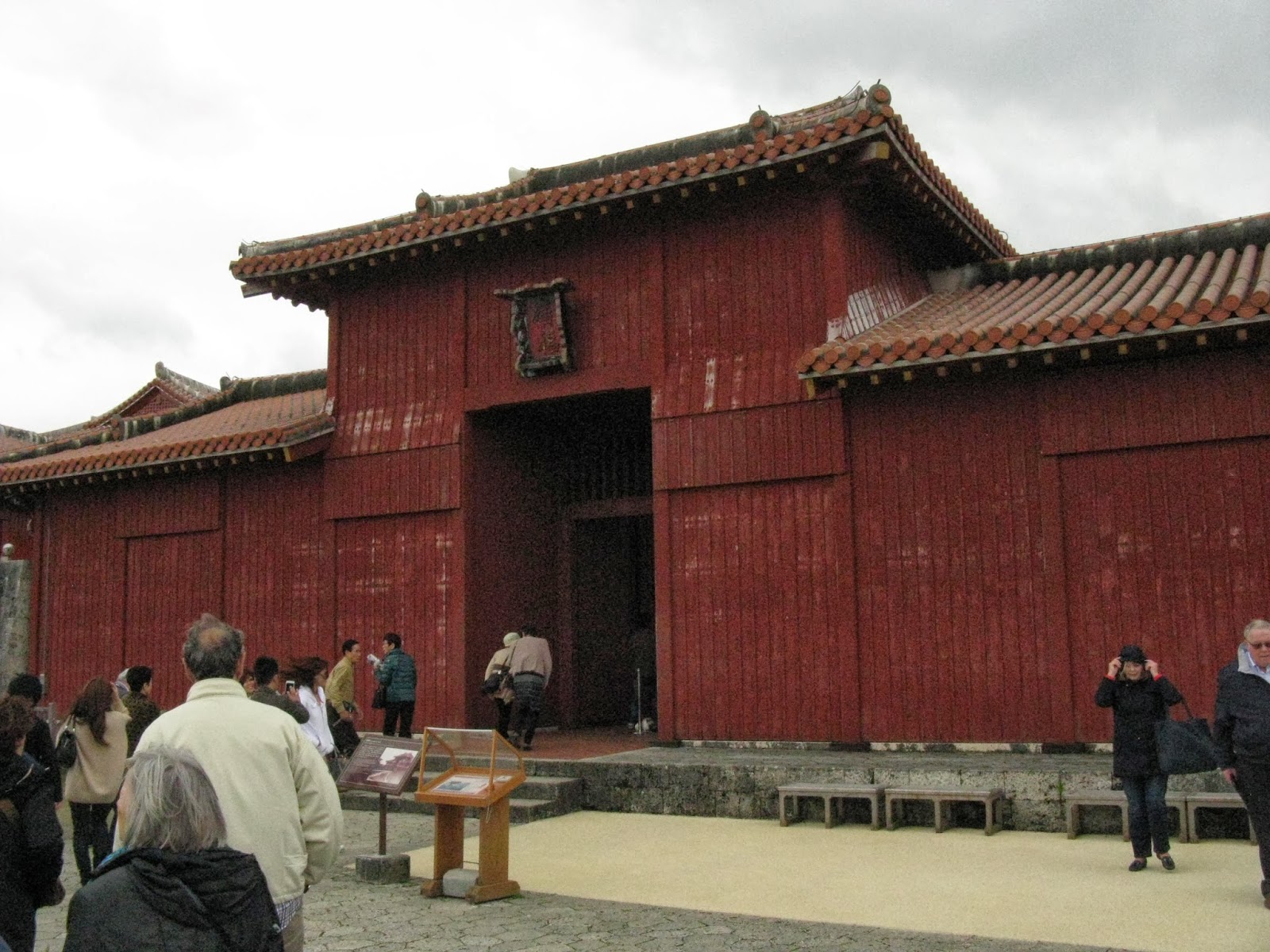 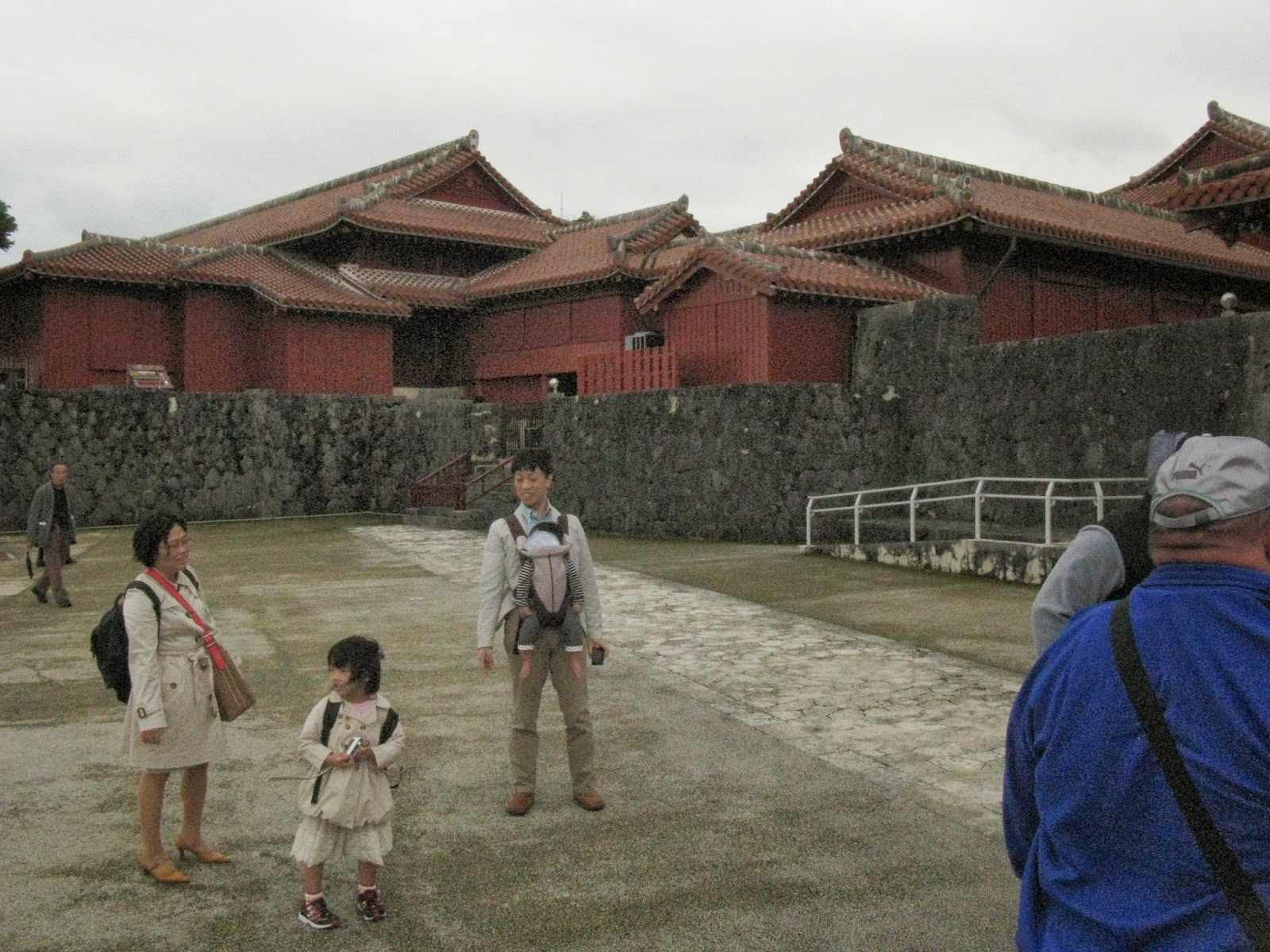 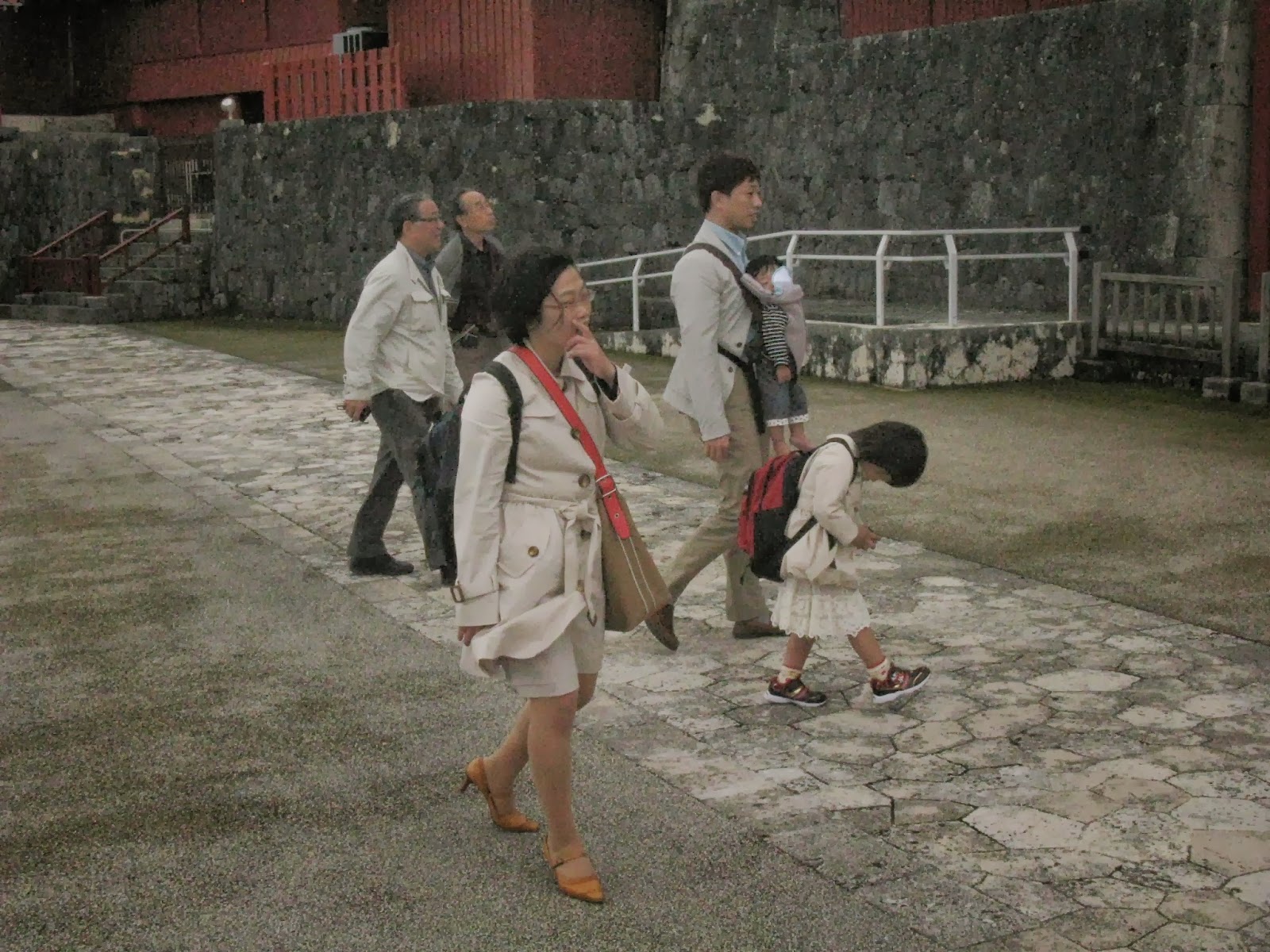 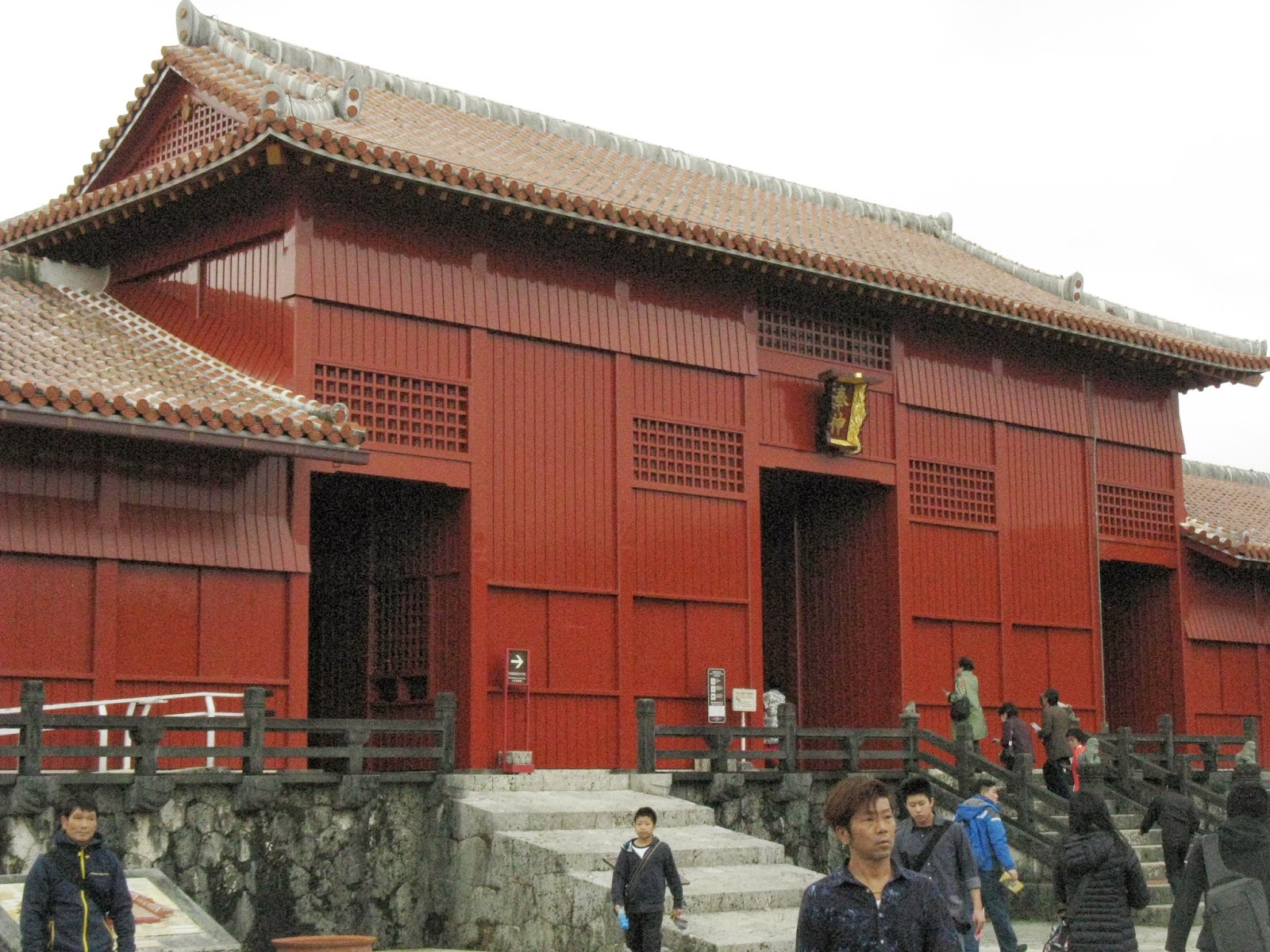 Posted by JudSmithWrites at 5:24 PM