Greetings from the “Paris of the East”.  Now our second day in Shanghai and we are even more enamored of it than before.  What a great city!  Majestic is the only way to describe its infrastructure and its people.


We took taxis out to Old Town (see previous blog for photos) and ate in a traditional Chinese restaurant, Din Tai Hung, where we feasted on chopped up chicken appetizer (watch out for the bones), ox-tail soup, dim sum dumplings and a surprisingly fine “Great Wall” merlot.  We shopped in another one of those go-on-forever, multi-level shopping strips with about 200 stalls and Vicki did her magic bargaining act once again for some unique gifts for family and friends….and a few complete strangers, or, at least, the weight of the bags so indicated, in as much as we don’t have THAT many friends.  People ask me why I am always holding Vicki’s hand and I tell them because if I let go…she shops!  Hell, last year we got our credit cards stolen and I didn’t even report it….the guy was spending less than Vicki.  Just kidding!


Last evening we attended a performance of the Chinese Acrobats which was absolutely astounding.  The style, grace, athleticism, strength and balance of these amazing athletes was a delight to see and we were enthralled for over two hours.


This morning we took a short tour to only two locations; the Jin Mao Building, one of the tallest and most renowned skyscrapers in Shanghai.  Although our view was mostly obscured by low rain clouds, riding up the high speed elevator that covered five floors every two seconds, was a highlight.  One of the shots was looking down the interior core of the building from 88-stories high, inside observation floor. The tallest building of the future was right next door and it will be finished in about 18 months.  It will have 128 stories and be nearly 700 meters (over 2,800 feet) tall.  Even though the Shanghai Towers was less than 100 yards away and already taller than the Jin Mao, we could not see a sign of it through the thick clouds and mist.  Spooky!


Next we went to the Long Yang Lu train station to take a ride on the Meglev Bullet Train.  The wheel-less Magnetic Levitation Train, built with the help of German engineering, floats on an electromagnetic cushion and can reach speeds exceeding 200 mph.  The Meglev runs for 20.5 miles from Long Yang Lu to Pudong International Airport.  By car, with the normal traffic, it takes about one hour.  By subway, it takes about 30 minutes.  By Meglev….7 minutes.  We reached speeds of 431 km/h and it was a thrill ride to say the least.  I have attached a movie I took of the trip below and I hope you take the 2 min. 50 sec. to watch it.  In the middle of the run, we pass an identical train going in the opposite direction.  The train, like our, is five cars long (you can see how long in one of the other photos).  We were each traveling about 200 mph (so a relative speed of 400 mph) when we passed each other no more than twenty feet apart.  Look quick.  It takes less than a second.  Breathtaking!  Ask me if you want to know more about this train.


The Yangtze River is the longest river in Asia and the third longest in the world (Amazon and Nile, in case you were wondering).  It flows for 3,988 miles from the glaciers on the Tibetan Plateau in Qinghai eastward across southwest, central and eastern China before emptying into the East China Sea at Shanghai.  It is one of the biggest rivers by discharge volume in the world and I believe only the Amazon, which dumps one trillion gallons a day, into the Atlantic, has bigger volume.  The prosperous Yangtze River Delta generates as much as 20 % of China’s gross domestic product (GDP) and is an important physical and cultural dividing line between north and south.  Chinese living north of the river speak varying dialects of Mandarin.  South of the river they speak native Sinitic languages that are unintelligible to Mandarin speakers….much like someone from New York trying to understand us Texans…and vice versa.


The Three Gorges Dam on the Yangtze River is the largest hydro-electric power station in the world and is the site where the oldest human activity in China has been found, dating back 27,000 years.  By comparison, most of the development of Shanghai and virtually all of the gleaming and glowing skyscrapers found on the east bank (see photos in previous post), date back a paltry 10 years.  Before that, nothing but farmland.  Amazing.


In a culture with China’s longevity, communism and Mao Tse Tung are relative newcomers to the cultural, economic and political scene.  As we know, the Marxist philosophy of “To each according to their need, from each according to their ability to pay”, or words to that effect, is not a highly successful system of government.  The demise of the Union of Soviet Socialist Republics (USSR) is proof of that failure.  However, China seems to have prospered under communist rule.  How is that?  Well, first of all, you have to realize that only about 80 million Chinese belong to the communist party or participate in its political system.  With a population approaching two billion, that is a very small percentage.  The vast majority of Chinese merely exist in the system and their plight, while providing an ability to survive, would not be considered desirable or even acceptable by most Westerners.  However, the reason communism has survived the test of time in China is they have married socialism with capitalism; embracing an economic system that, while not completely free enterprise, is, at least, liberal enterprise where growth and prosperity for a few is tolerated.  Can it be successful in the long term with such a lopsided “have/have not” imbalance, I cannot answer.  Historically, they do not, but at least I can say in the meantime, China, and specifically Shanghai, is a wonderful place to visit.  Our minds and hearts have truly been Shanghai’ed.


Next up…a much appreciated sea day as we transit back across the East China Sea to Hiroshima, Japan.  Until then, 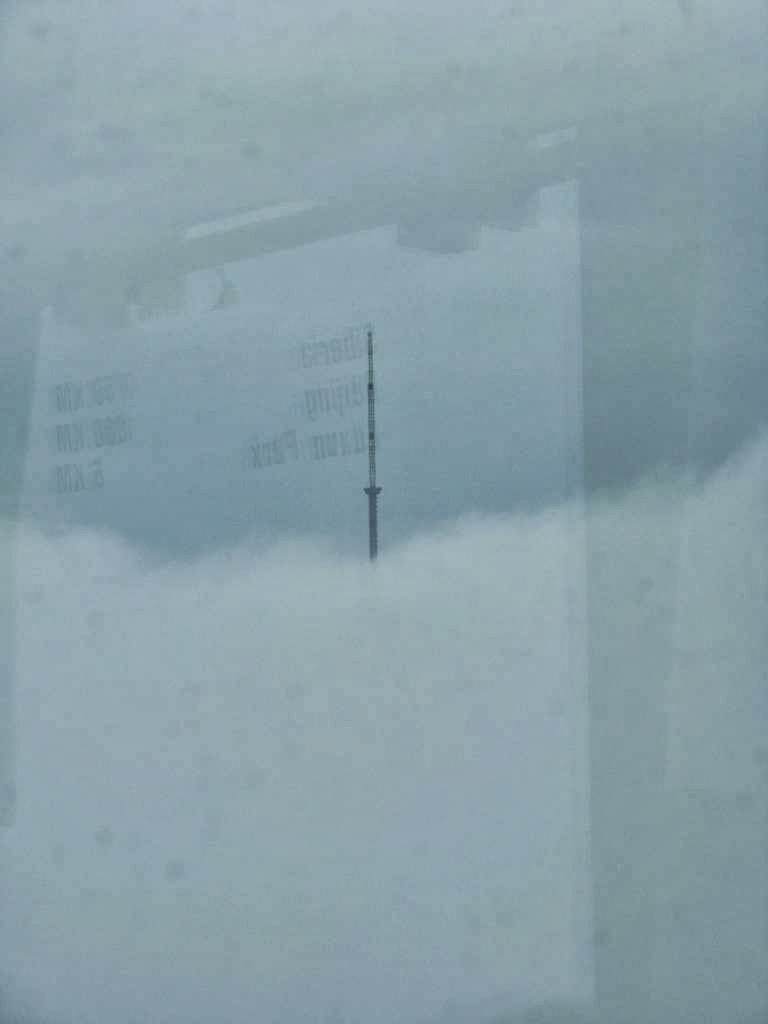 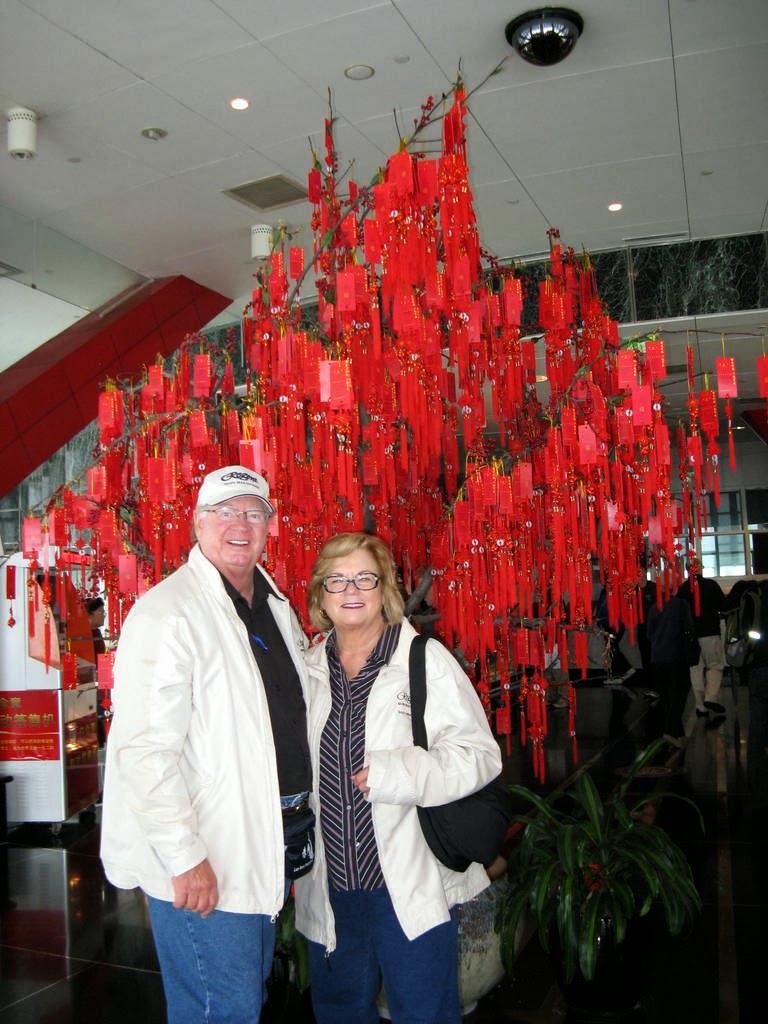 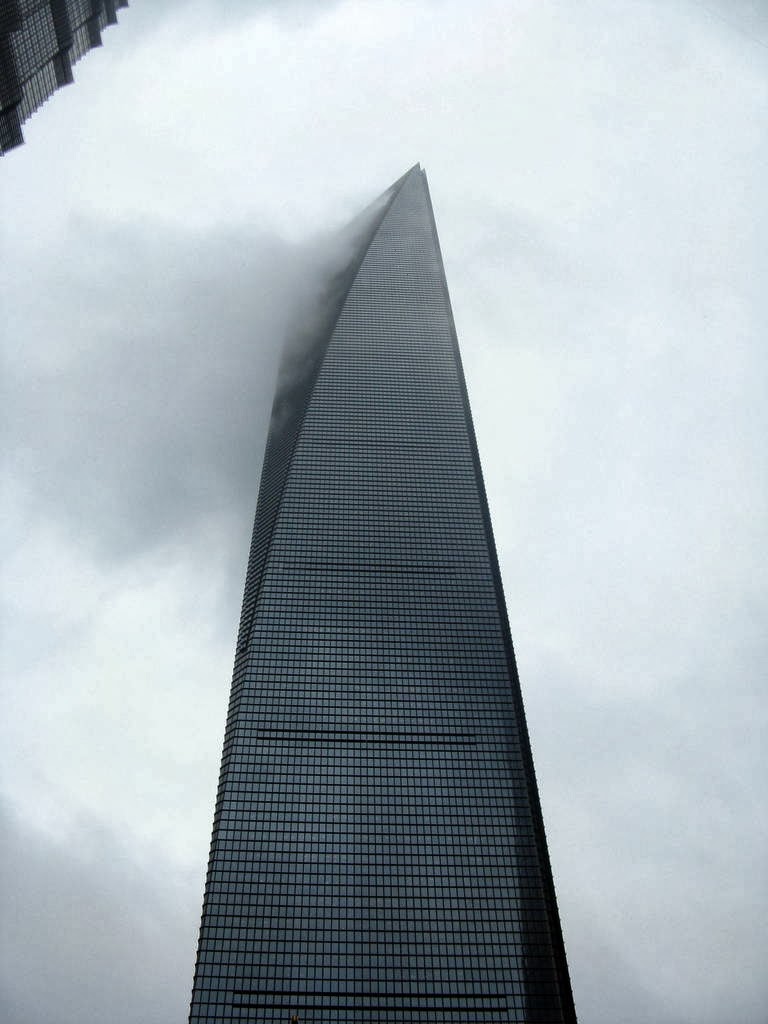 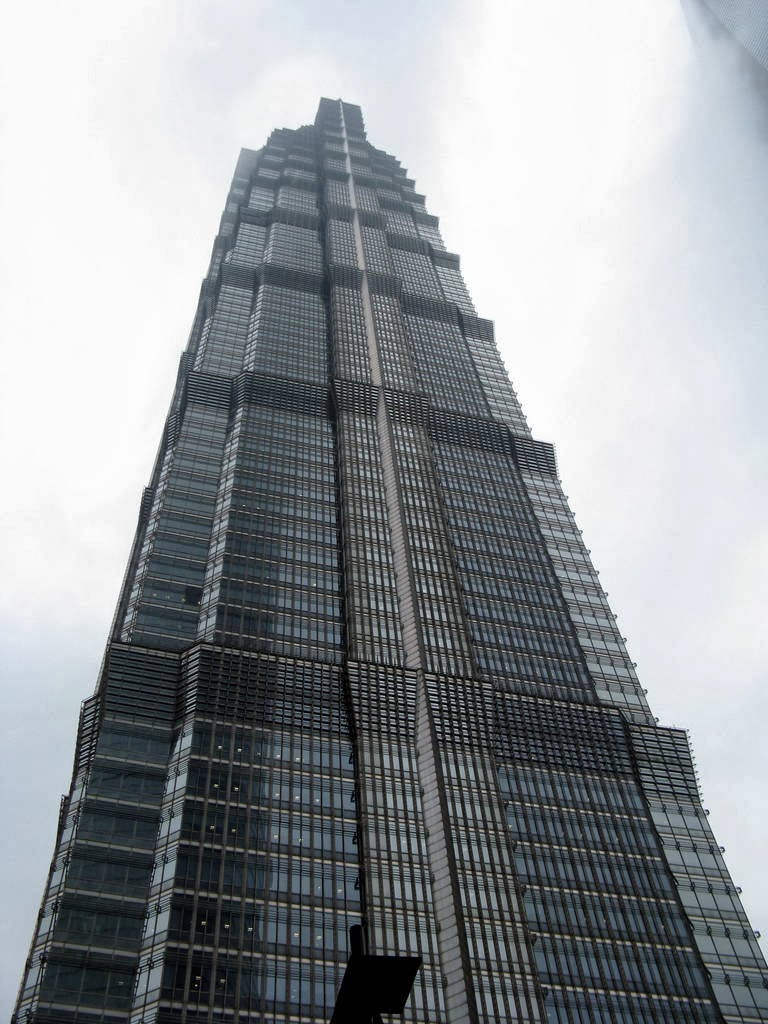 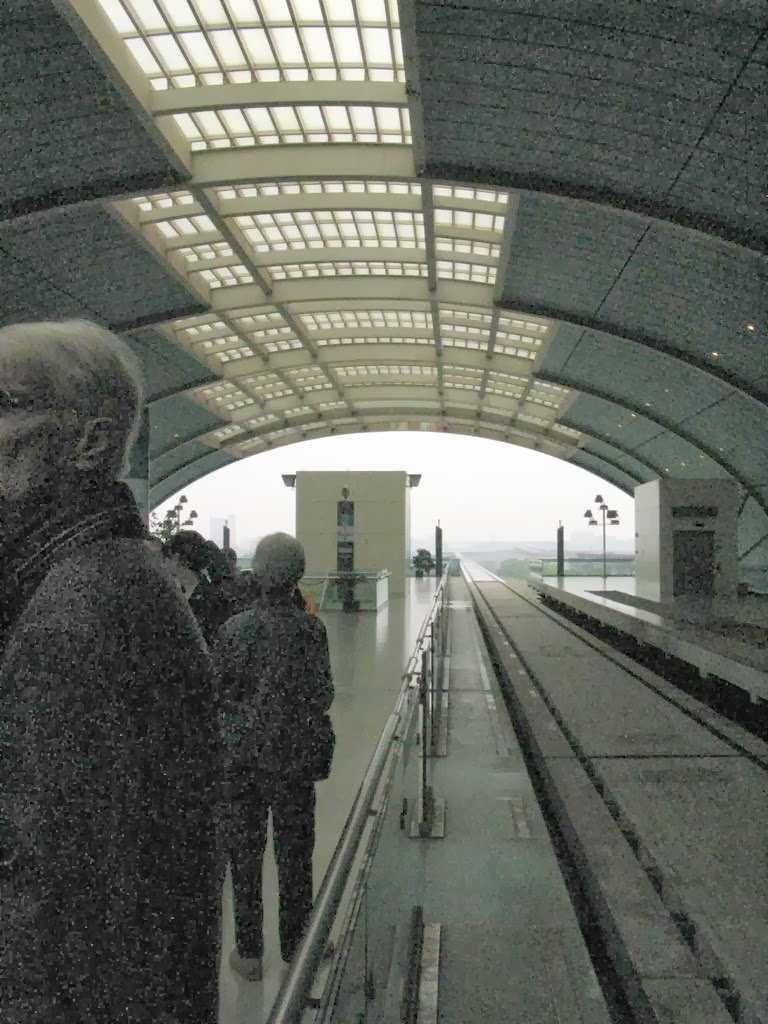 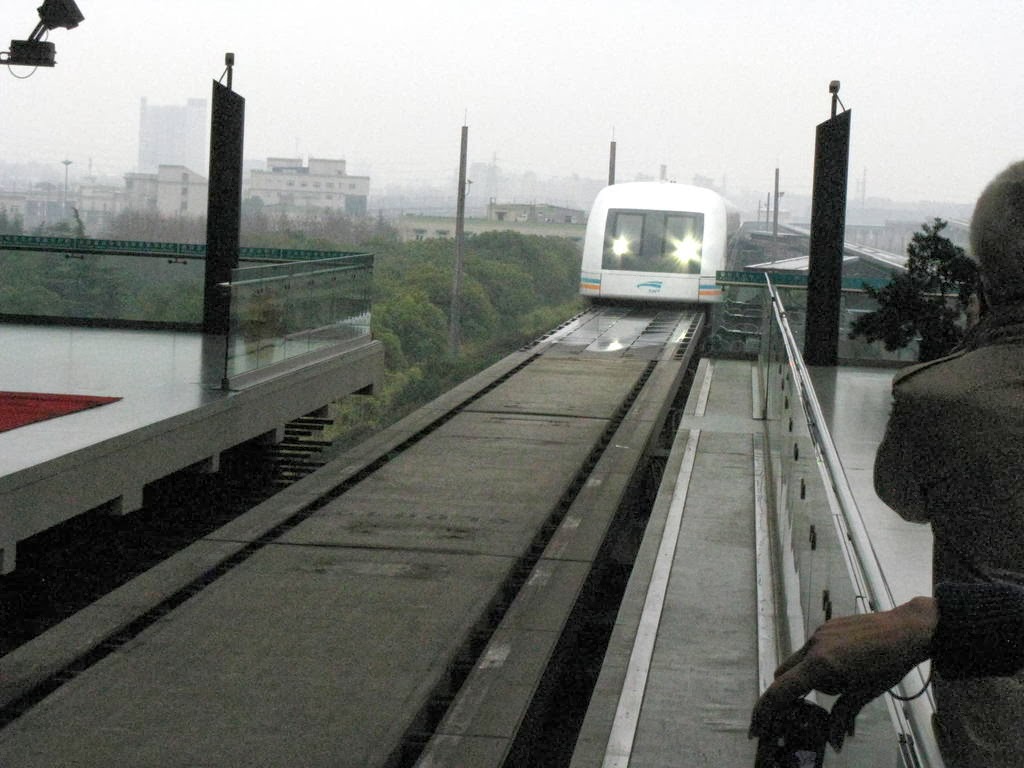 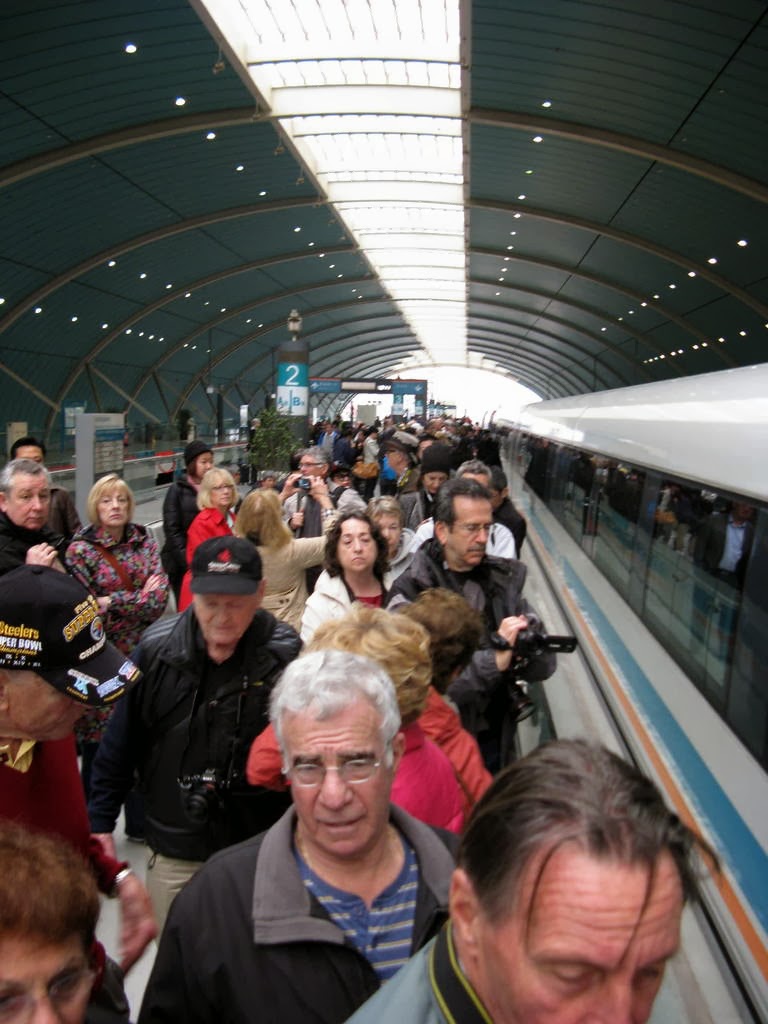 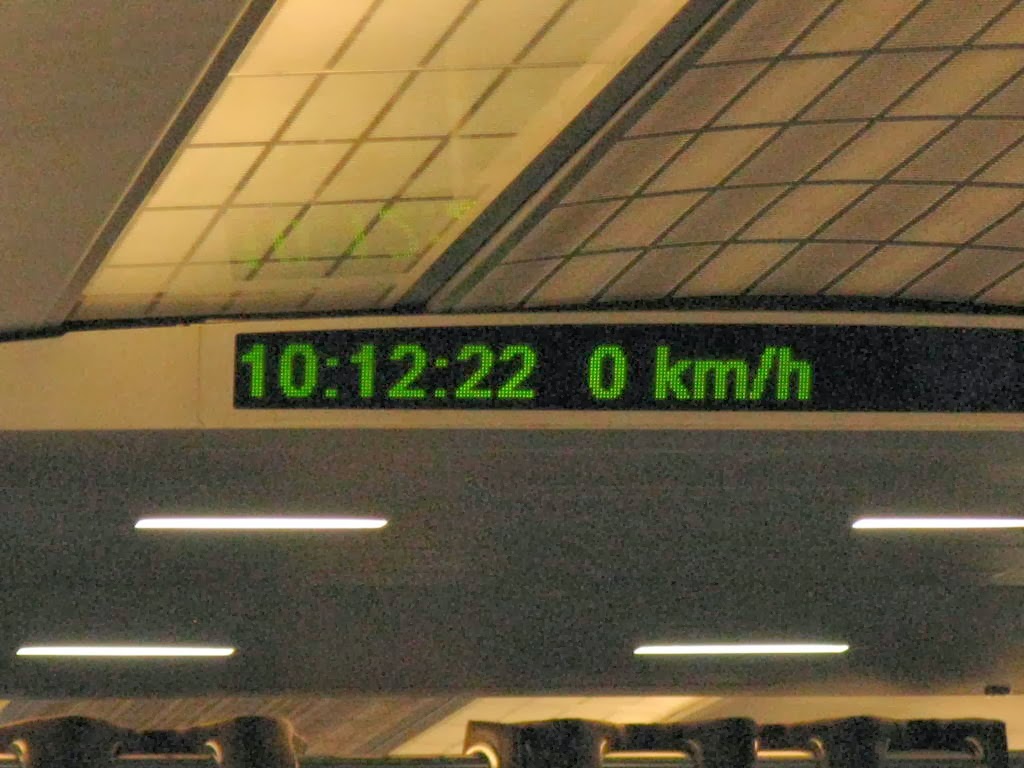 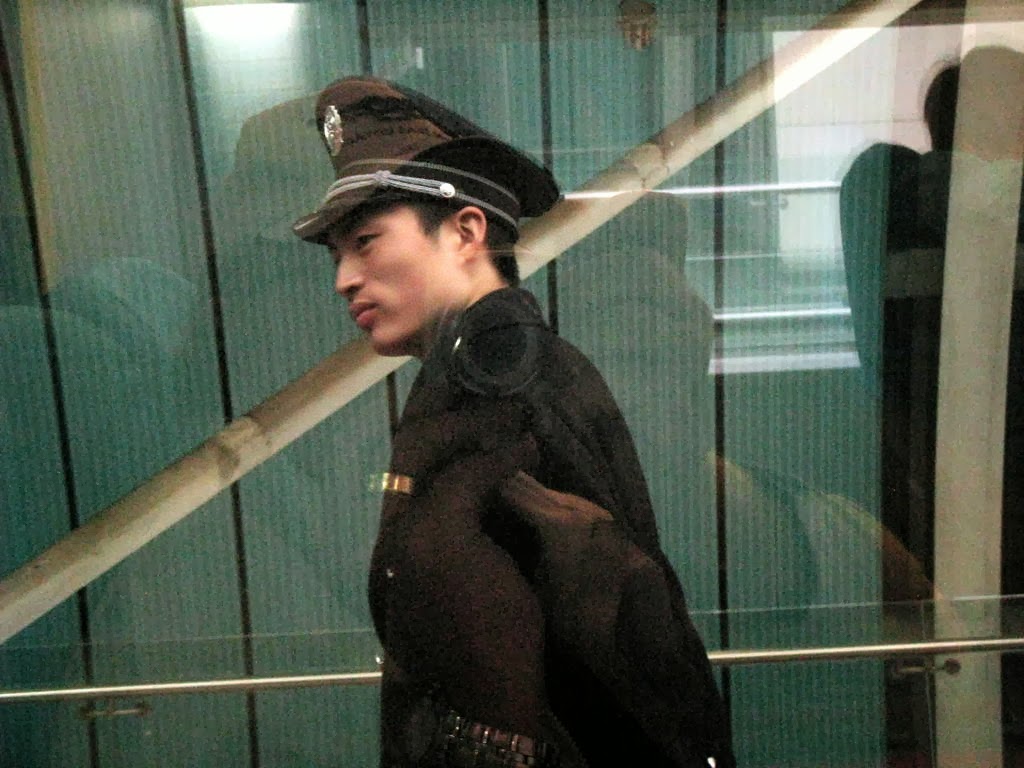 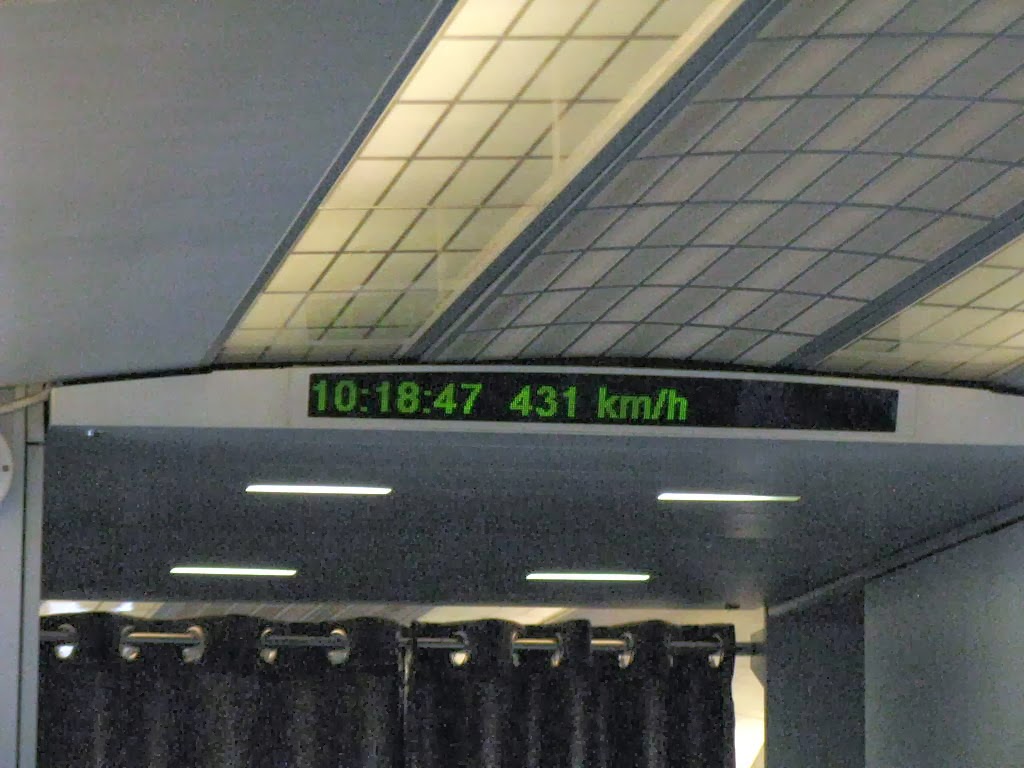 Everywhere in the world you go, the Golden Arches are present. 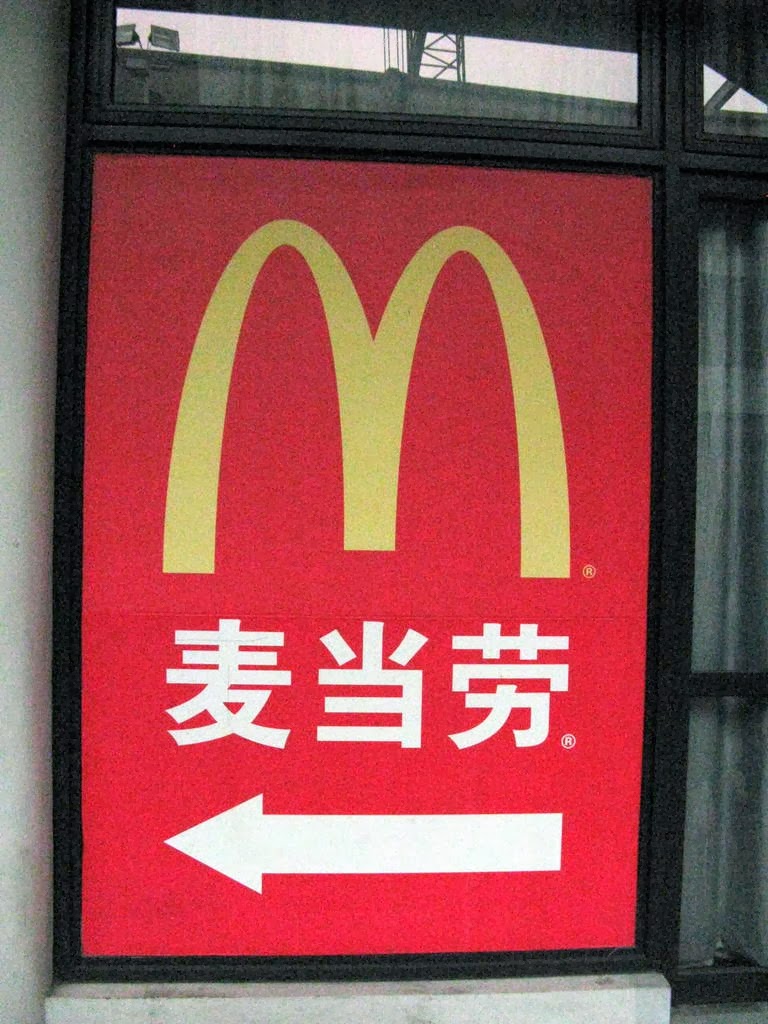 Posted by JudSmithWrites at 7:55 AM