Well, it seems our record of having at least SOMETHING go awry on just about every cruise we have ever taken appears to be intact.  Heavy fog and rough seas off the coast of China have kept us in port in the lovely city of Shanghai for another day.  The river was closed to ships of our size by the port authority and the captain decided that trying to traverse the East China Sea with 18’ to 20’ swells might be a bit much for some passengers.  Doesn’t bother us.  In fact, Vicki gets rocked to sleep so deeply in rough seas she says if she could patent that movement, we could make a fortune in the mechanical sleep aid market.


The downside of another lovely day in Shanghai is that we have to eliminate our port call in Kyoto, Japan.  After my father passed away, my mother took a trip to Japan and one of her favorite stops was in Kyoto so I was looking forward to following in her footstep, but, oh well.


So tomorrow and the next day we now have two sea days and then visit on successive days, Hiroshima, Seoul, Dalian (China) and, finally, Beijing.
My apologies for the Meglev Train video.  Apparently a 2 minute 50 second video is too large for not only downloading on this blog site but also to large to email (what's up with that??).  I tried to post it on my Facebook account, but, alas, once again too large. Then I tried to upload it to You Tube, but this satellite internet connection is to slow and erratic to get it up....so to say.  I will try to get it loaded to a site which can handle it and let you know in future posts where you might view it.


We spent the afternoon on the ship, lounging on deck with the spectacular skyline of Shanghai right across the river, watching the ships passing by and drinking decaf coffee with Bailey’s.  So rough.  Anyway, some new skyline pictures below and I will give you some pre-port information over the next two day. Until then, 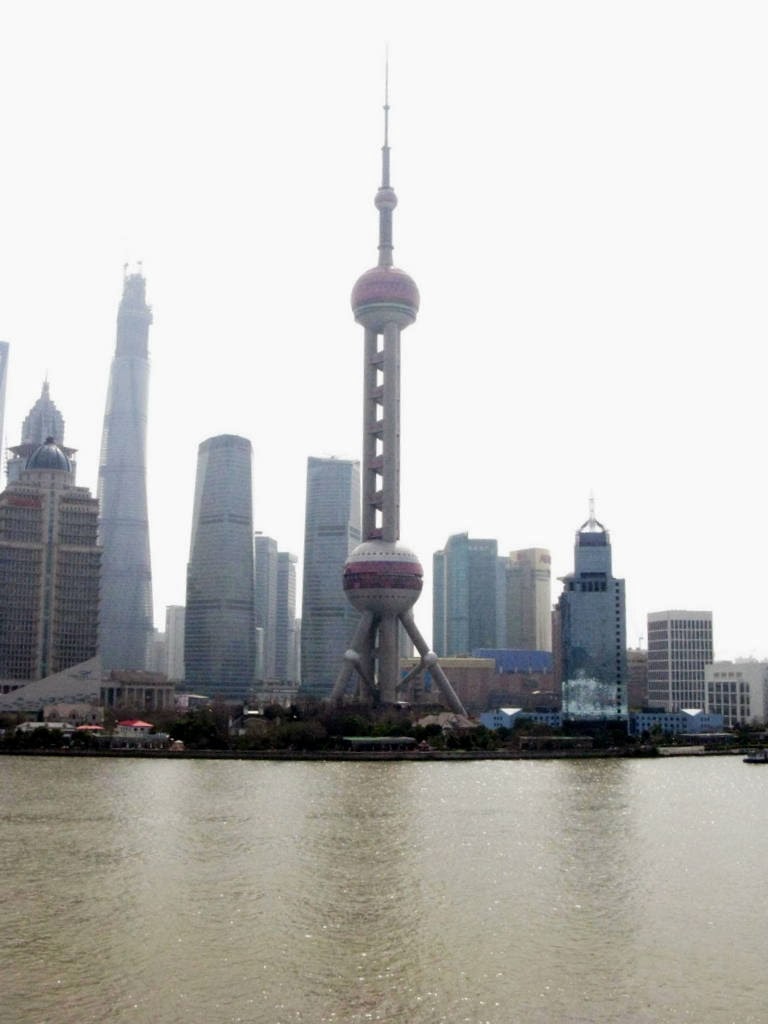 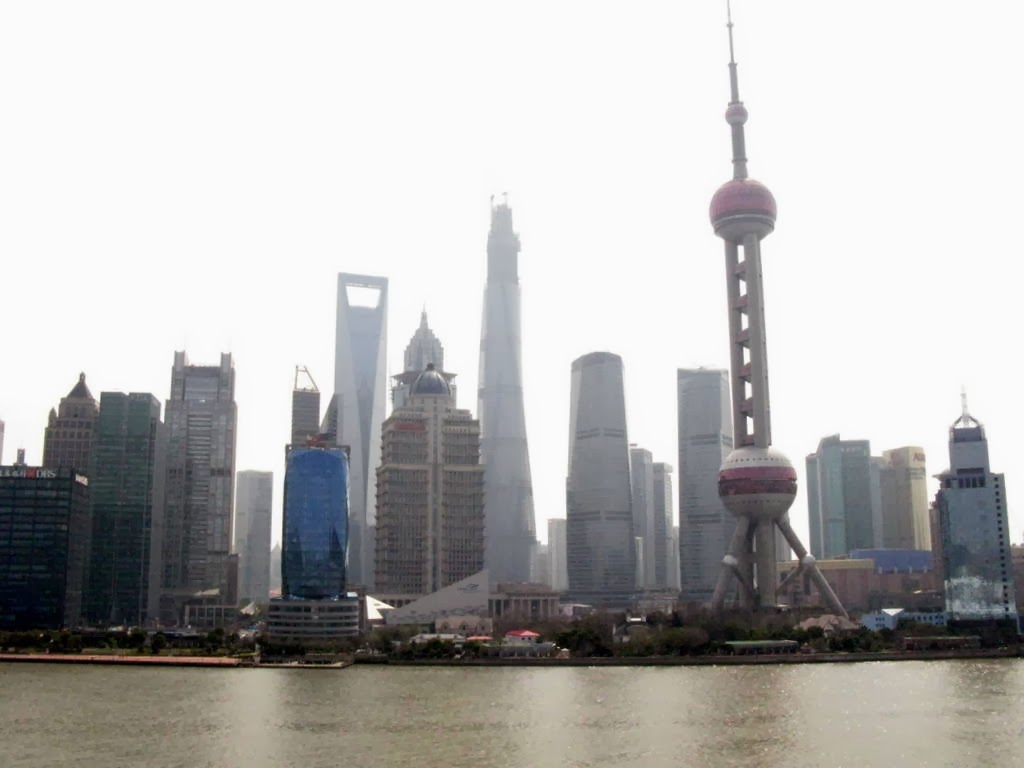 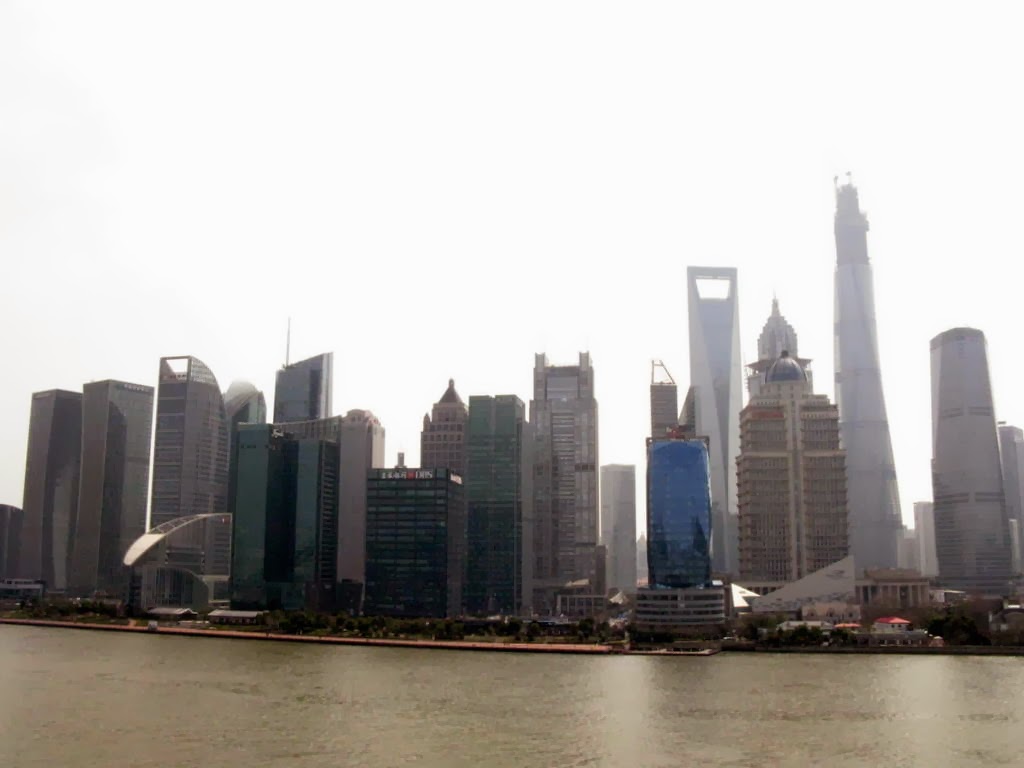 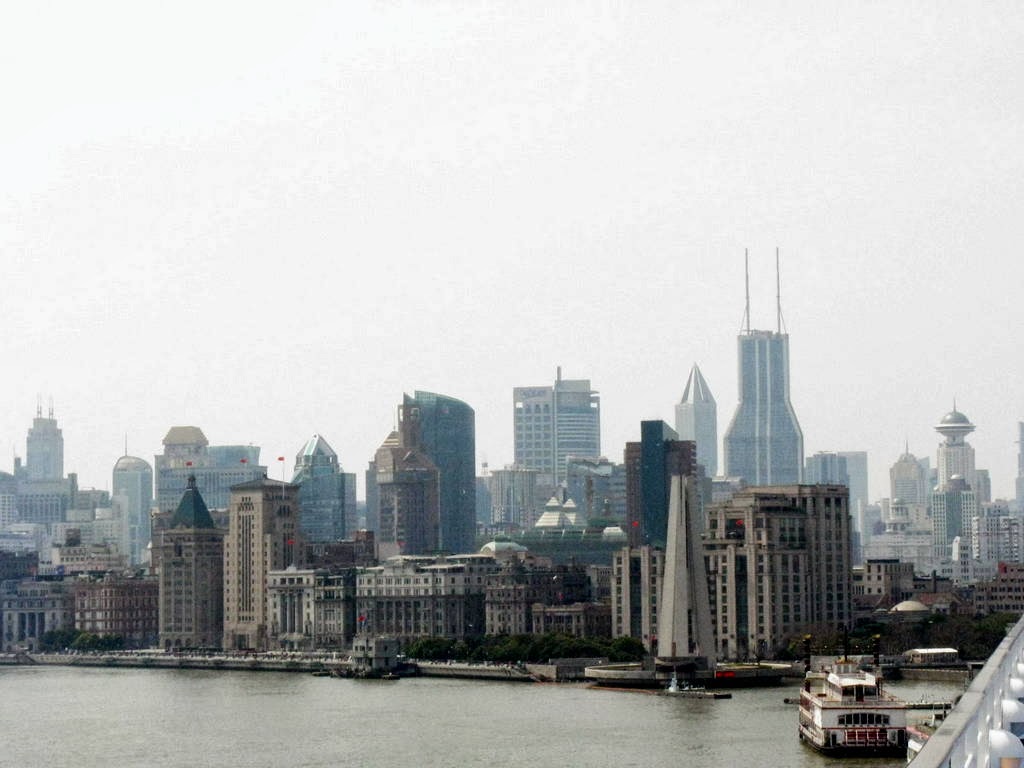 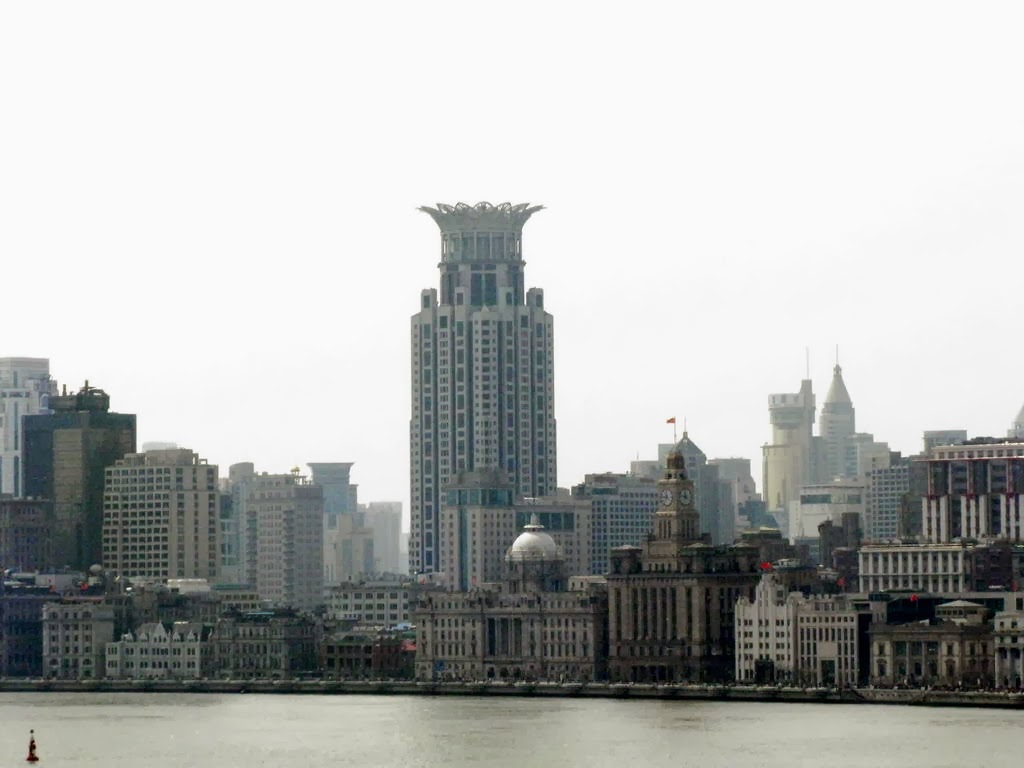 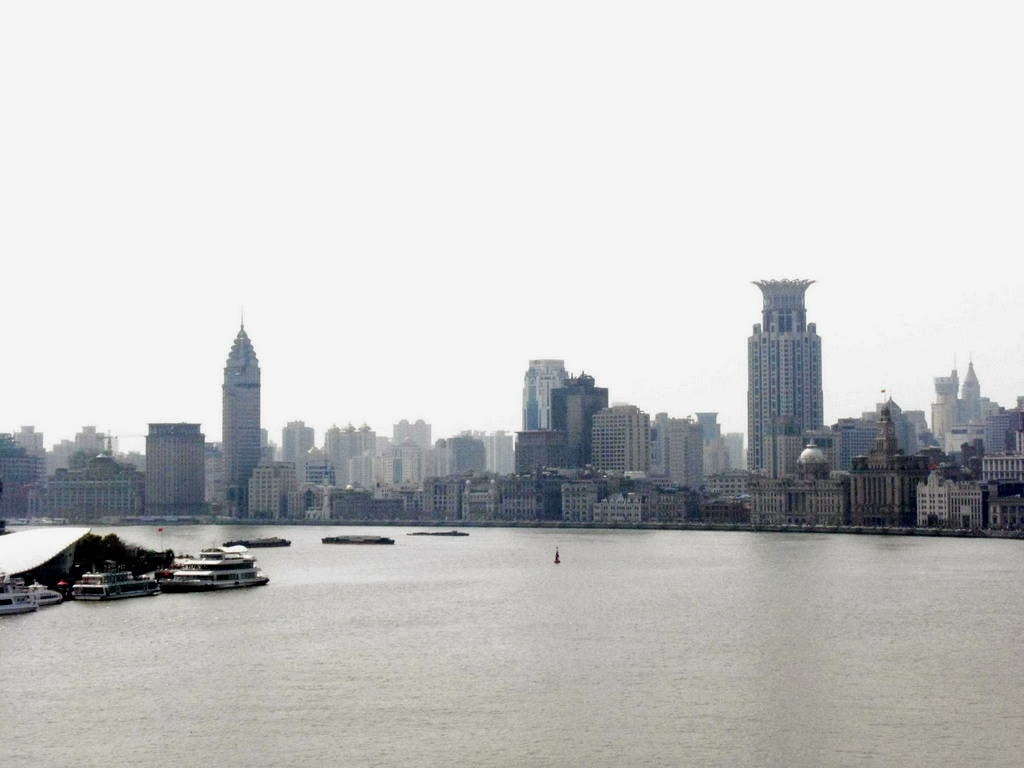 Posted by JudSmithWrites at 3:38 AM