Jade and the Emperor's Palace

On our final day in Beijing we visited the Emperor's Palace and sent to a Jade factory where incredible pieces were being made from all different colors of solid Jade, which is almost sacred to the Chinese.  And here I was thinking that all Jade was green but there are all colors.  We saw not only several shades of green, but also purple, tan, blue, beige, gold, reddish orange and white.  I took pictures of some of the pieces.  The largest Chinese sailing ship, which is about six feet long and five feet high, carved from a solid piece of dark green Jade is worth about half a million dollars.  Some of the smaller pieces, like the dragon and the frog, were priced at $ 48,000.00.

The Palace used to be a sacred place where only the Emperor and his family were allowed.  Today, it is a place for Chinese families to go and spend a weekend day; playing games, exercising, having picnics and socializing.

The Chinese are an interesting culture and are quite different from the European or Western culture with significant societal quirks.  First, for the most part, with only 1 % of the population Buddhist, Christian or other formal religions, the vast majority of Chinese are atheist.  They do not believe in God.  They believe in the forces of nature and are very, VERY superstitious.  In China, cars are being severely limited. They control it by having license plates on a lottery system.  No one buys a car before they secure a license plate for it but that license plate better not have the number 4 in it, or heaven forbid, two 4's.  That would be exceedingly bad luck and they would sell that plate instead of using it and go back into the lottery for another plate. The numbers 9, 6 and 2 are very lucky.  If they have the money, the Chinese will pay exorbitant amounts of money for a license or a telephone number with multiples of those numbers in them.  They avoid making any big decisions or lifestyle changes on days with unlucky numbers in them.  No Chinese couple would marry on the 4th or the 14th or the 24th of the month, even though the last one has a 2 in it along with the 4. They don't start new jobs on the 4th, move residences on the 4th and don't even get out of bed on their 44th birthday.

Another difference between us concerns directness.  Let's say I have a ice-cold bottle of water and you, my friend, are extremely thirsty.  A Westerner would just say, "Hey, may I have some of your water, I am parched."  A Chinese friend would never be that direct.  One very thirsty Chinese friend might say, "Tell me, what brand of water is that you have there?"  I would say, "Aquafina".  Then the friend would say, "Where did you get such a cold looking bottle of water?"  And, I might reply, "Seven Eleven".  The Chinese friend would then maybe say casually, "It certainly is a dry day today, isn't it". Finally, I might say, "Would you like to share some of my water?"  Then, and only then, would the friend get the drink he so desperately needs.  Their indirectness is legendary and makes negotiating with the Chinese on just about any issue a frustrating nightmare for most Westerners.

Another cultural difference to connection.  Let's say we are two Chinese workers in the same company at a junior executive level.  You are hard-working, prompt, attentive and you get results.  You are a top performer in the company and ready for and deserving of a promotion.  I, on the other hand, am slovenly and lazy, tardy most of the time, I procrastinate, I get little accomplished in my day and produce very little results.  When it is time to promote one of these people in the Western culture, who gets the job?  You do, of course.  However, in the Chinese culture, my uncle is the Chairman of the Board of the company for which we both work.  Who gets the promotion?  Exactly, because of connection.  It is very important and supersedes almost everything else regardless of performance.

China seems to be an interesting mix of communism and capitalism, which proves this form of economic system does not need a democracy to survive.  Interestingly, the Chinese rejected capitalism for years and struggled to survive.  When Chairman Xi came into office he instituted sweeping changes designed to merge the totalitarian political system with free (or almost free) enterprise.  He described it to his people like this.  He said imagine I am in my limousine going down the road and we come to a T intersection.  To the left the sign with the arrow says "To Communism".  On the right the sign with its opposing arrow reads, "To Capitalism".  What do I do?  I tell my driver to flip his turn signal indicating to everyone following that we are turning left.  Then I tell him to turn right.  It certainly isn't perfect and may, in the end, not work.  But the last 25 years have seen amazing improvement in economic fortunes transforming China into one of the Top Five economic powers in the world.  Now if they could only effect the same improvement in civil and human rights.  But that is a whole other commentary for a later time.  In the meantime, enjoy the photos and let me know what you think. 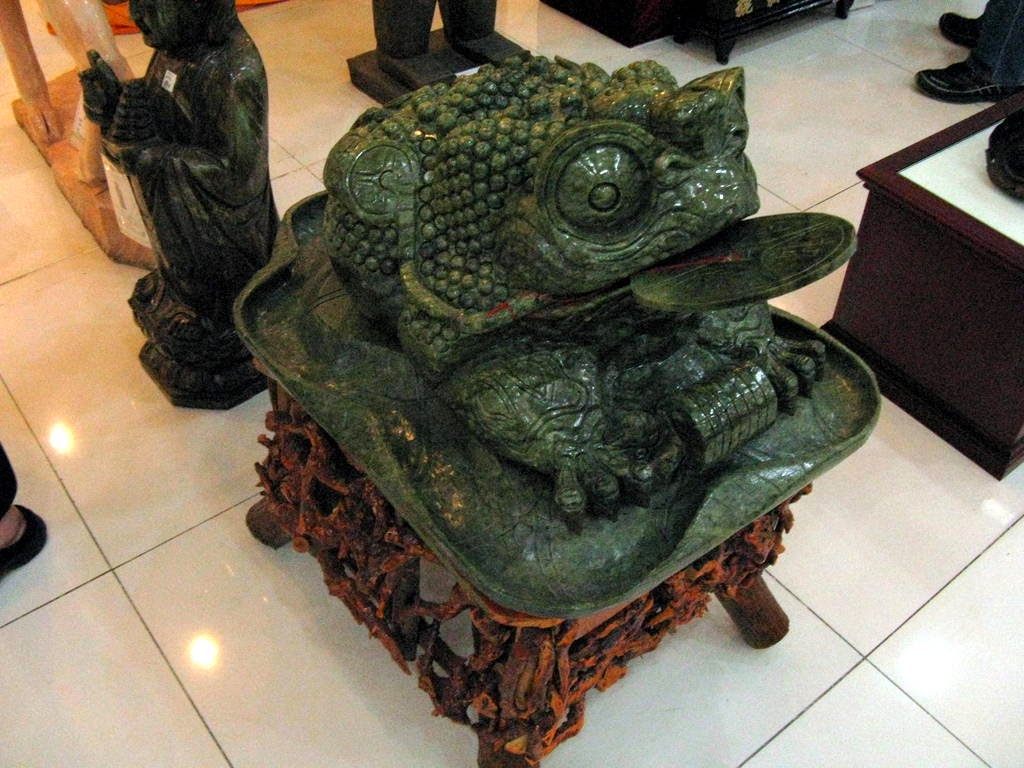 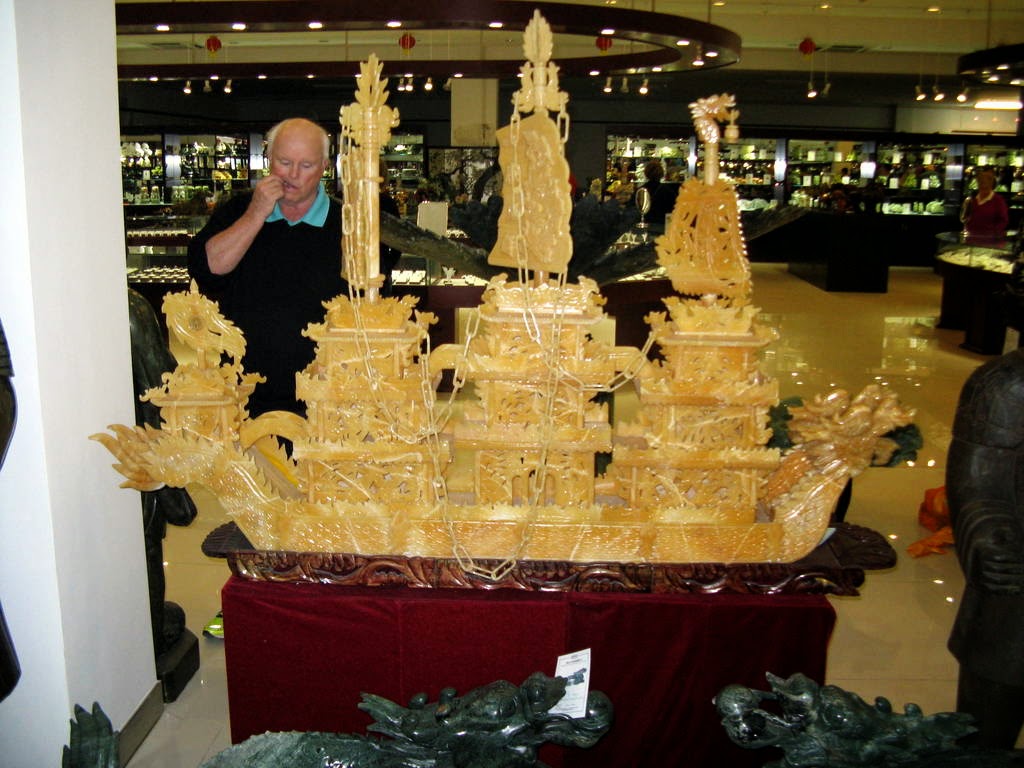 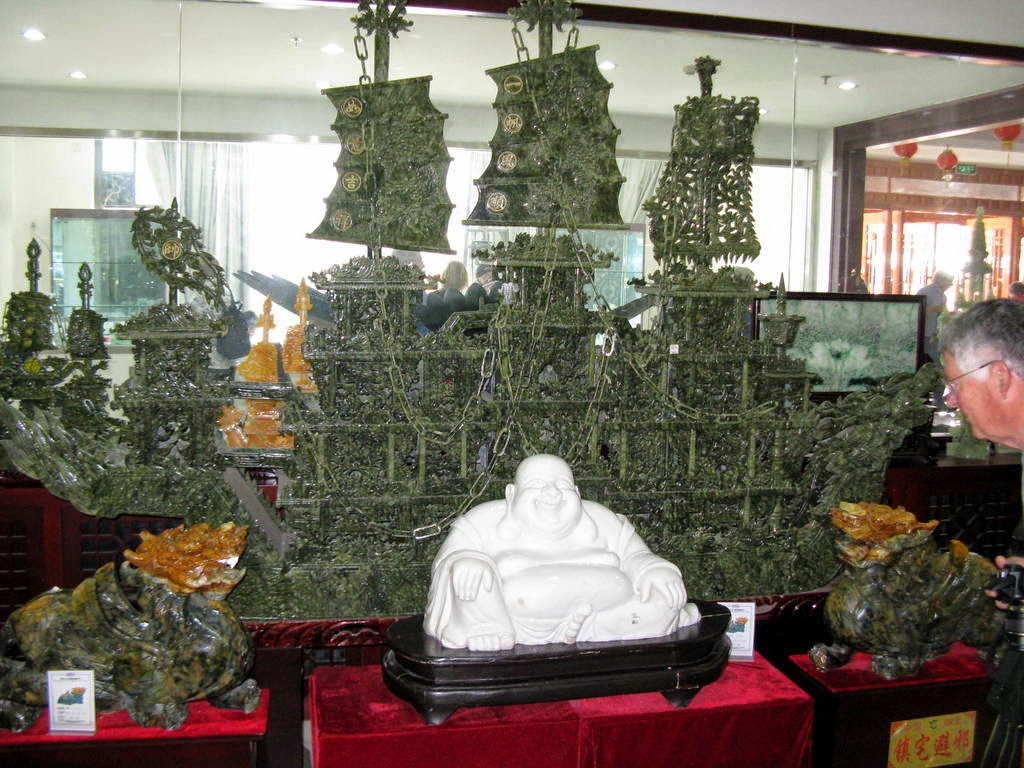 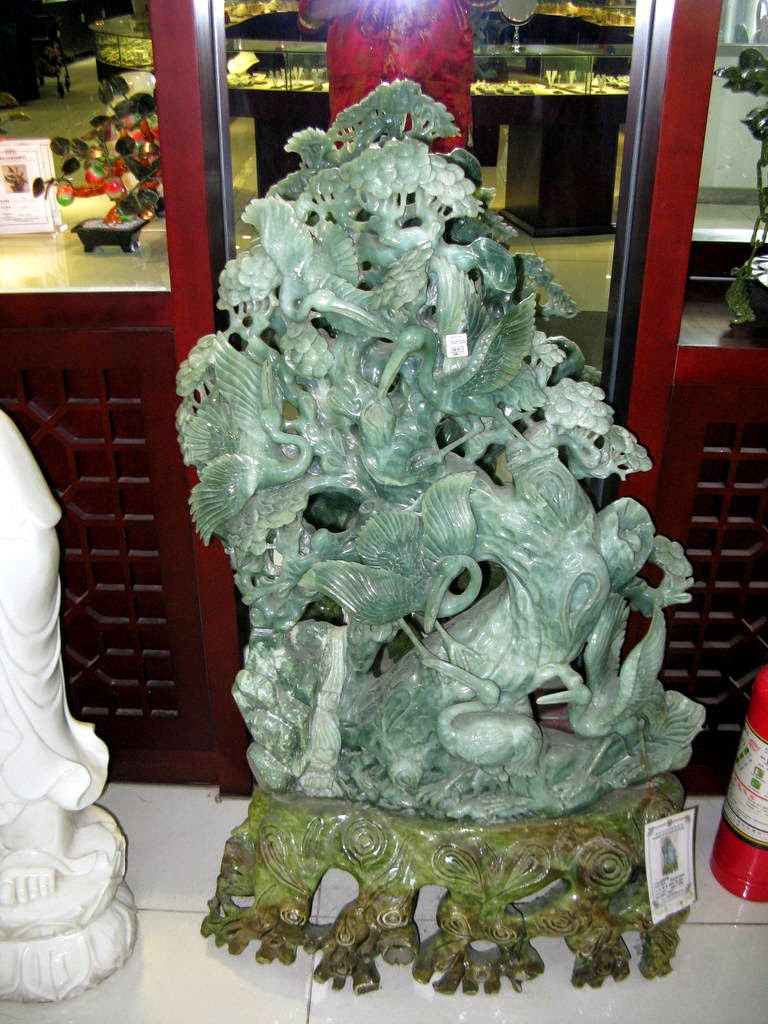 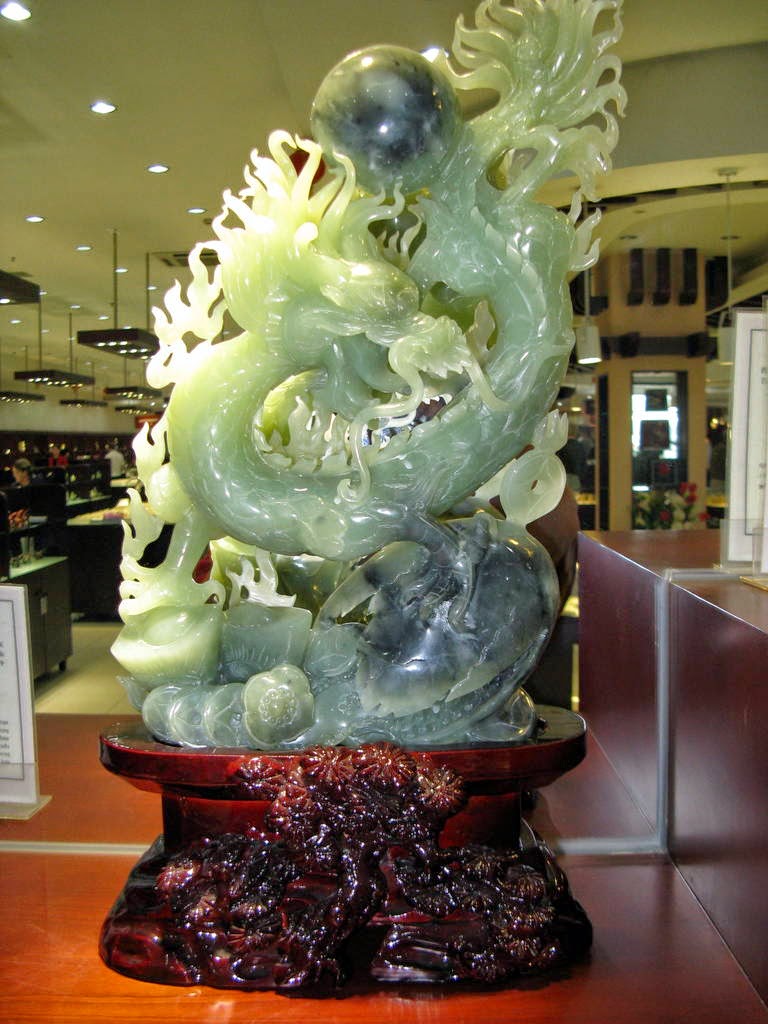 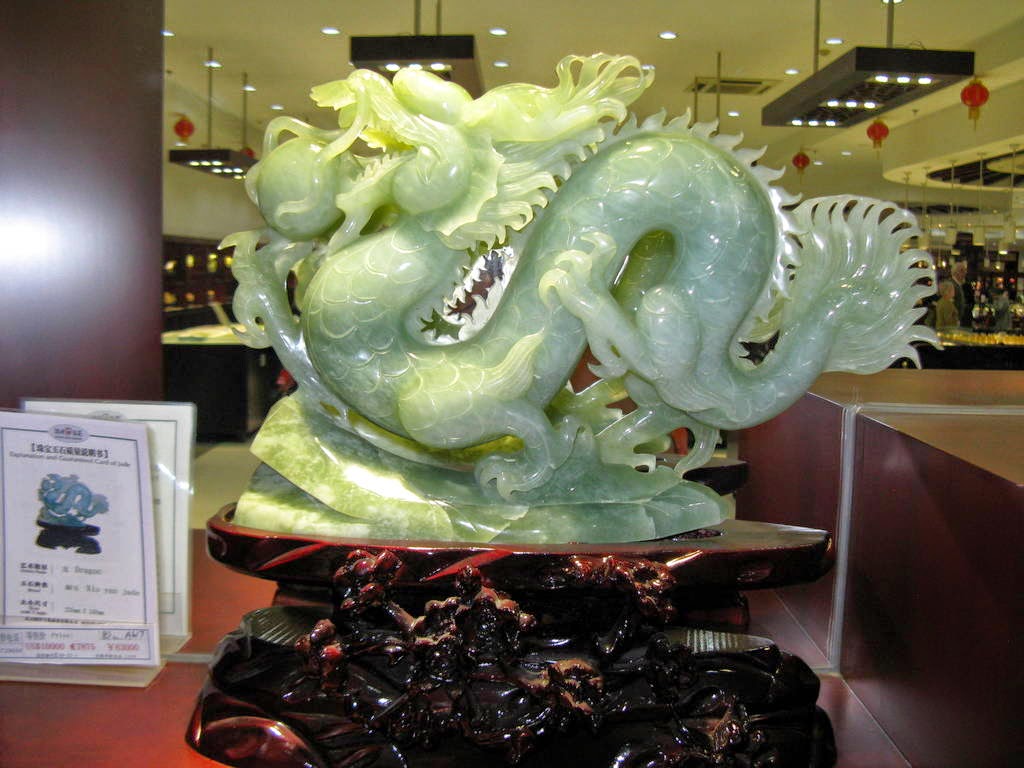 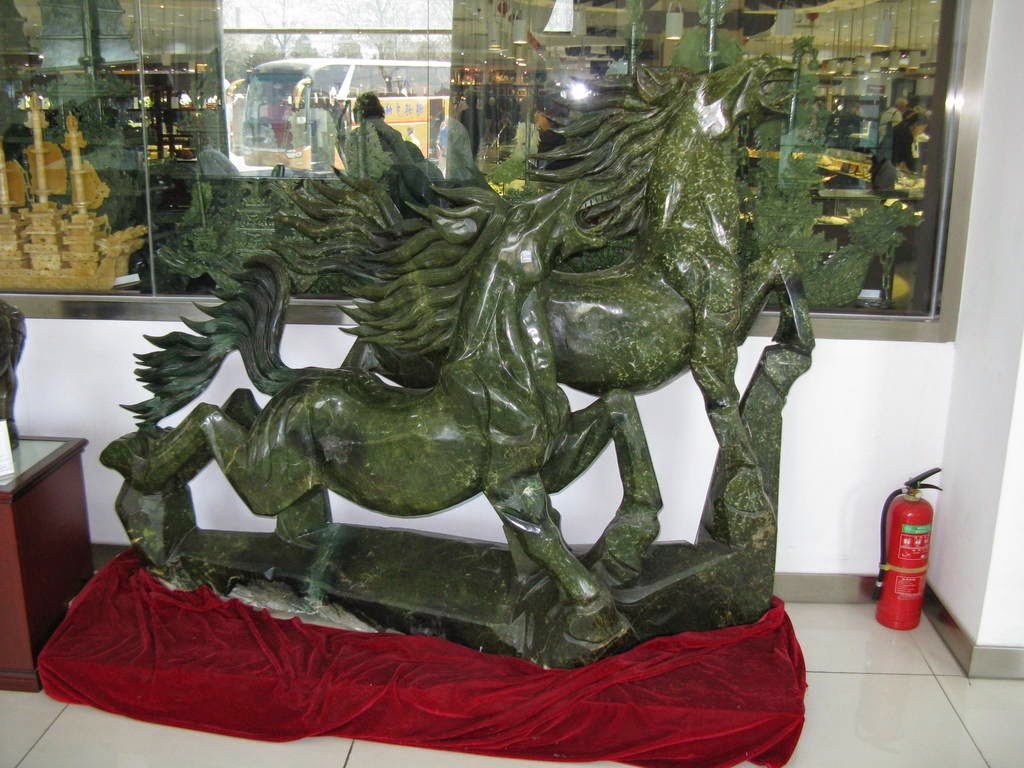 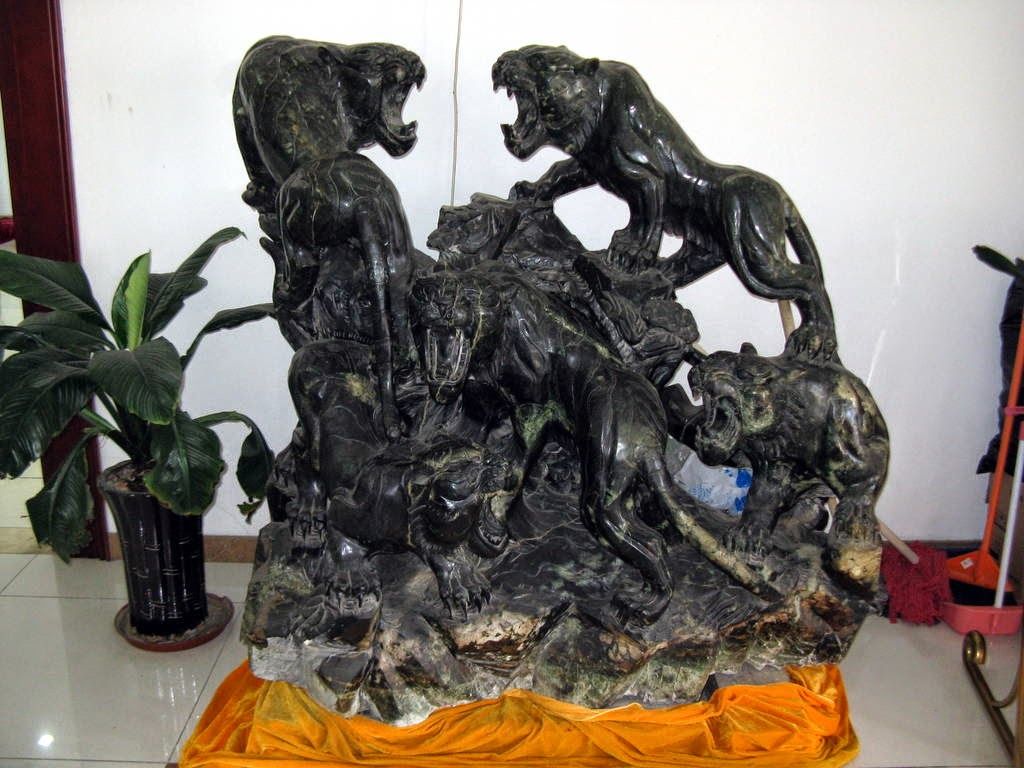 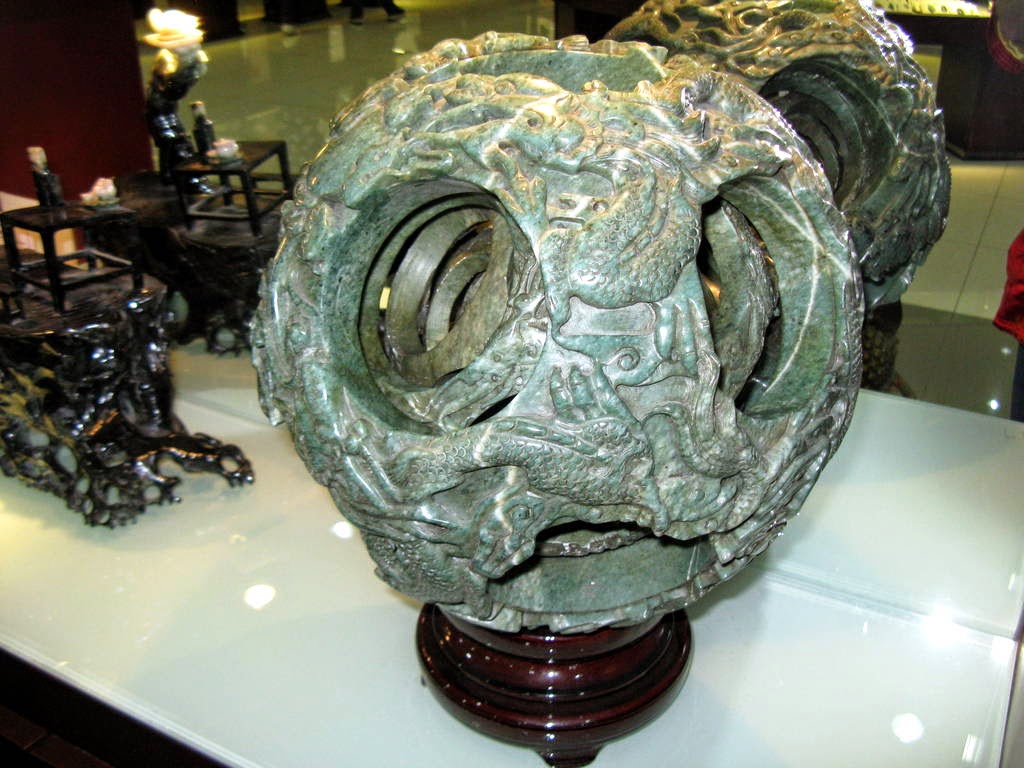 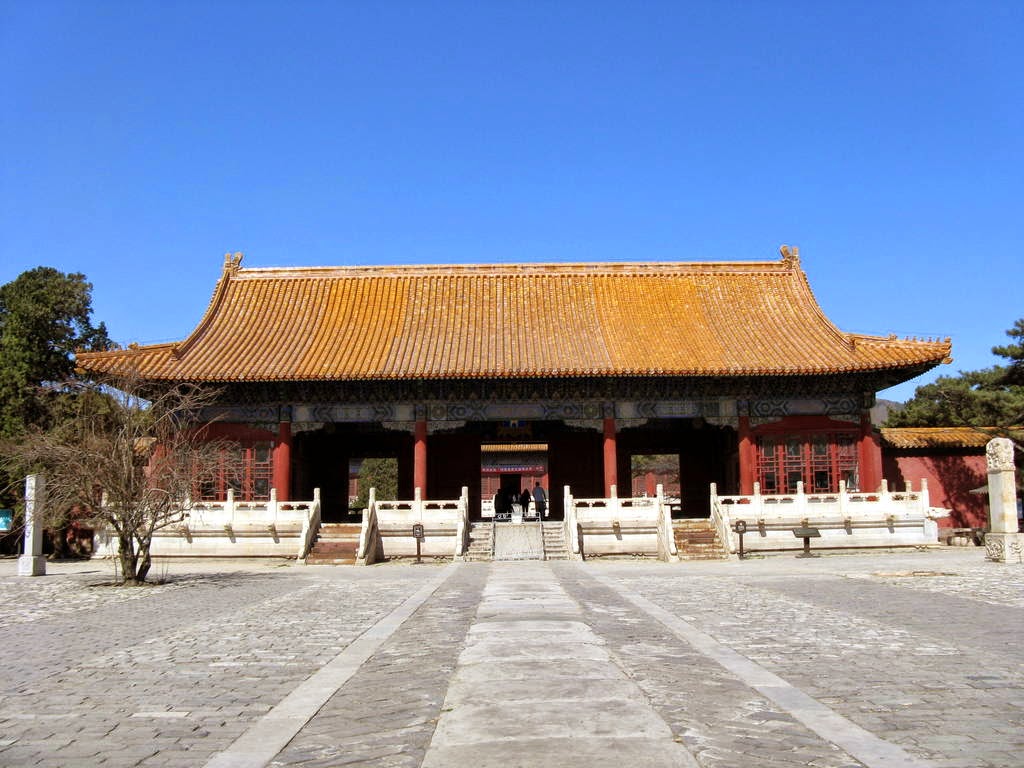 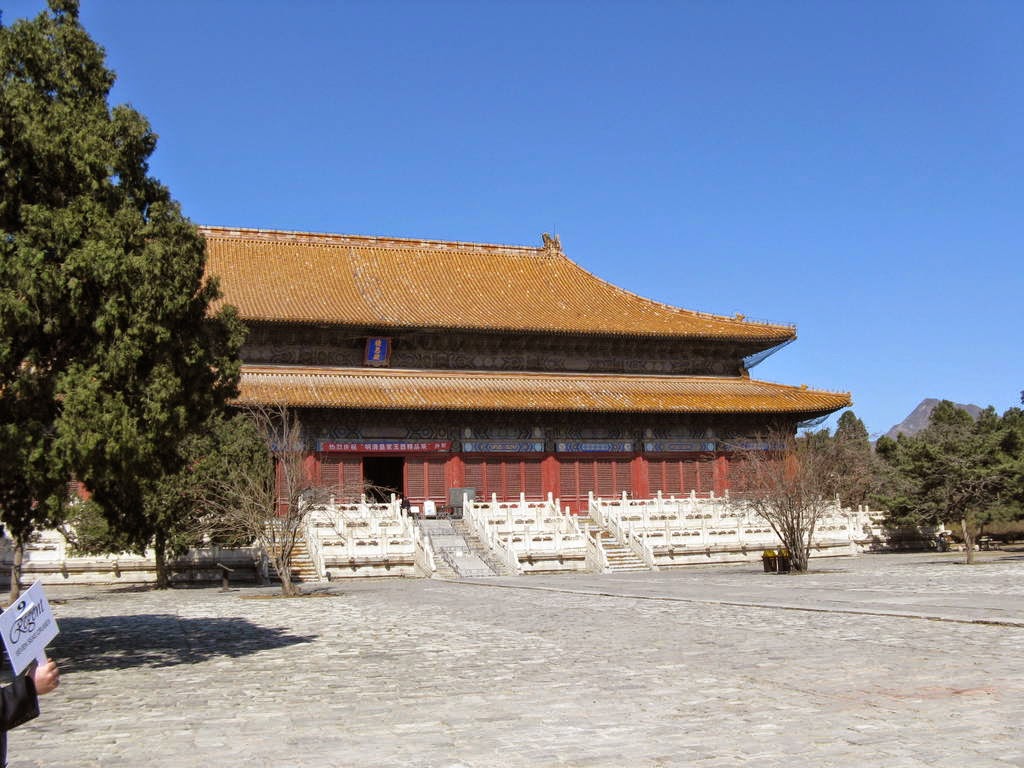 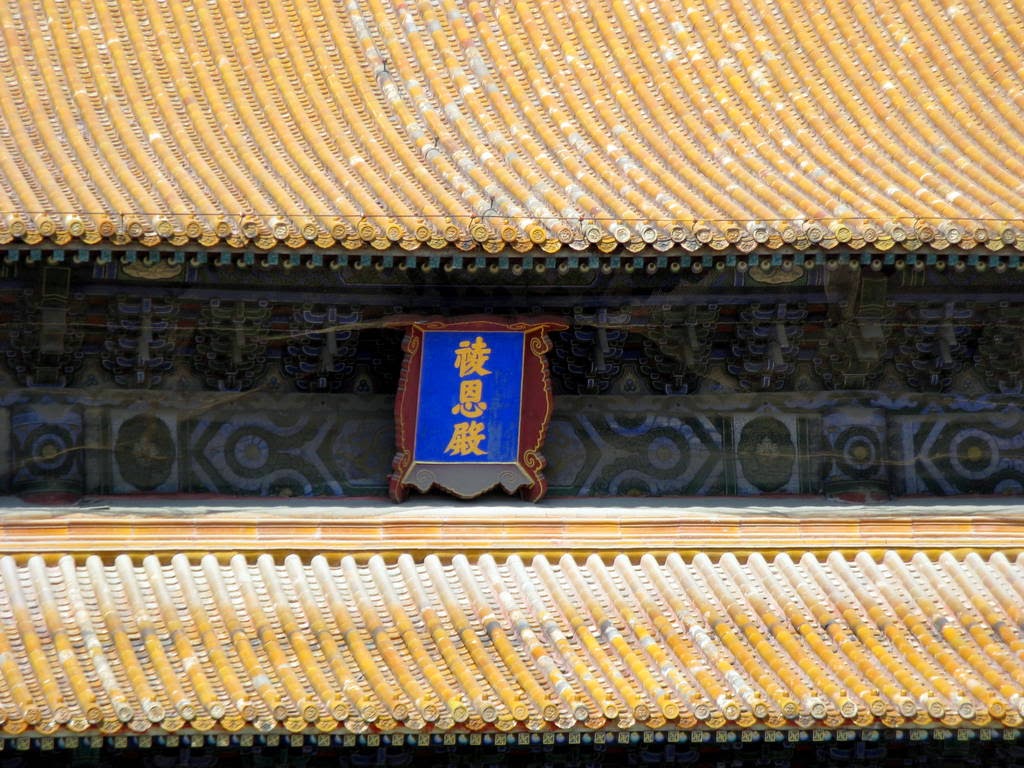 The Emperor never walked anywhere.  He was carried in a throne chair that was manned by six attendants.  This is the ramp up the staircase that the workers used to carry the Emperor up to his throne room. 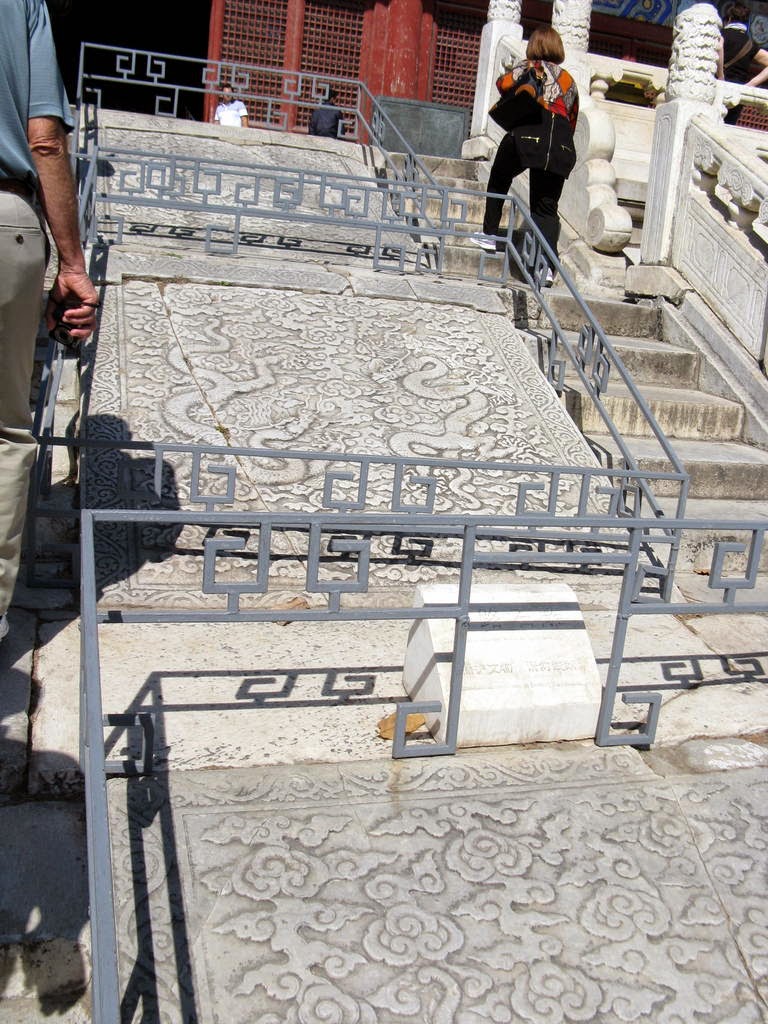 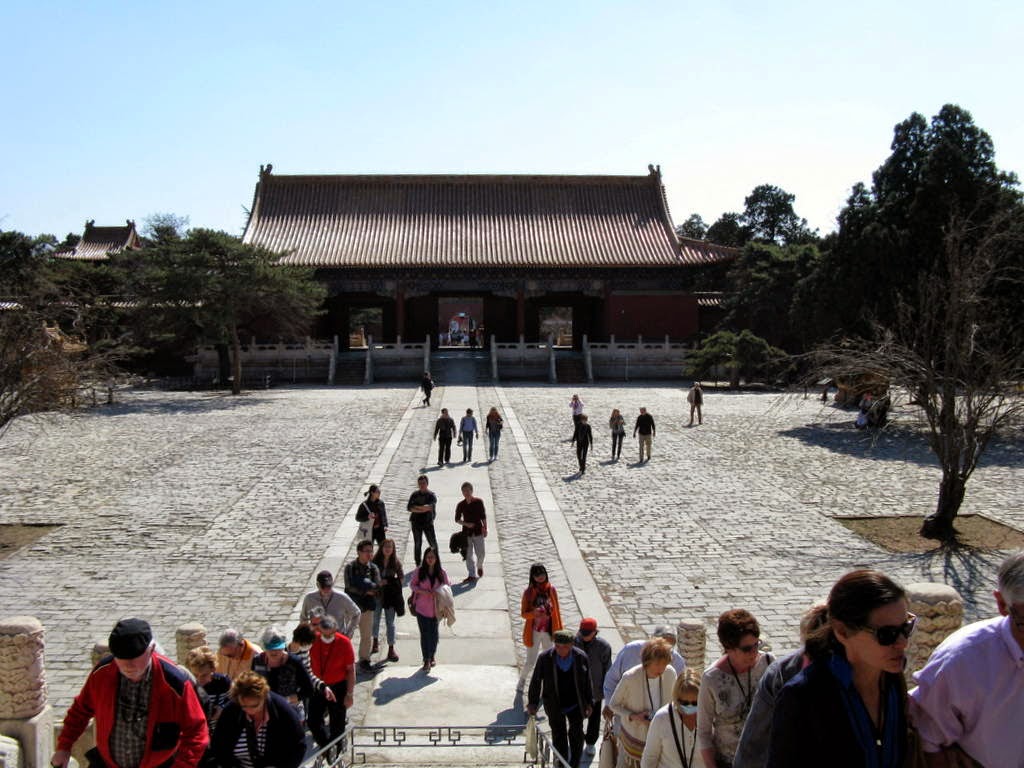 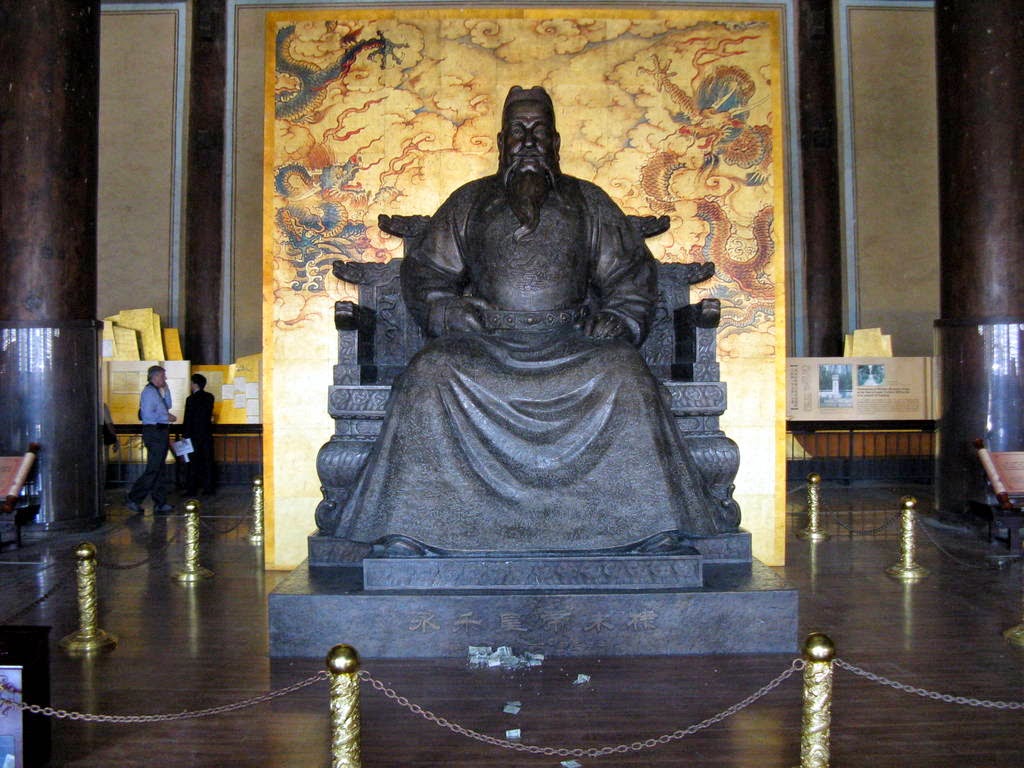 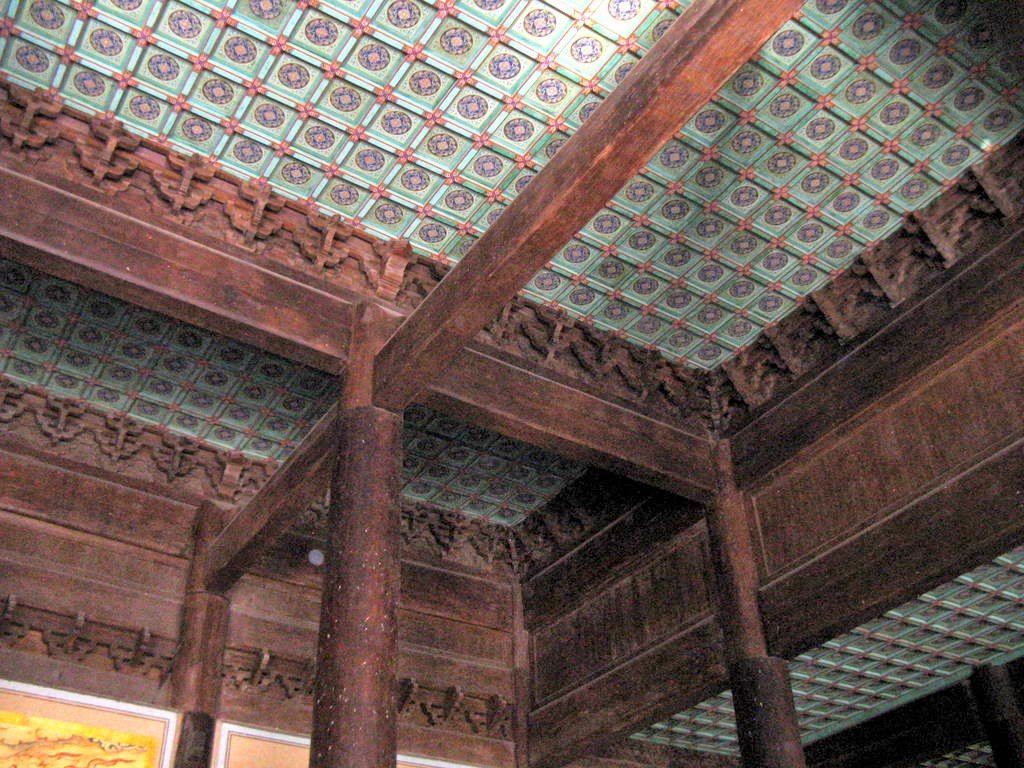 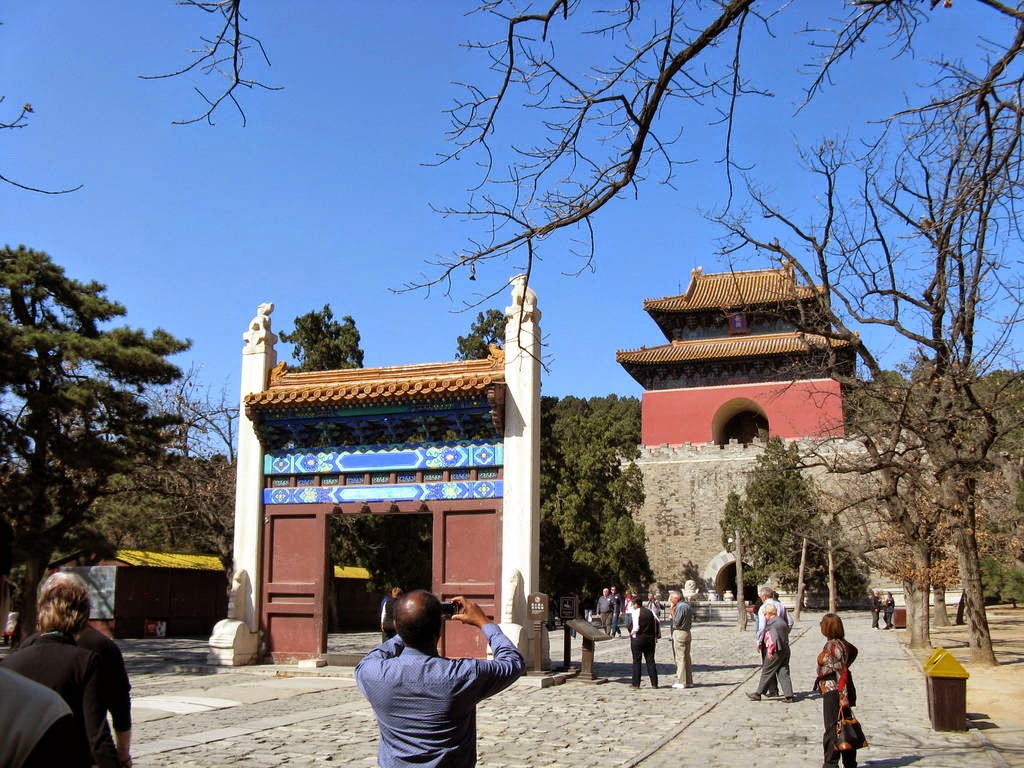 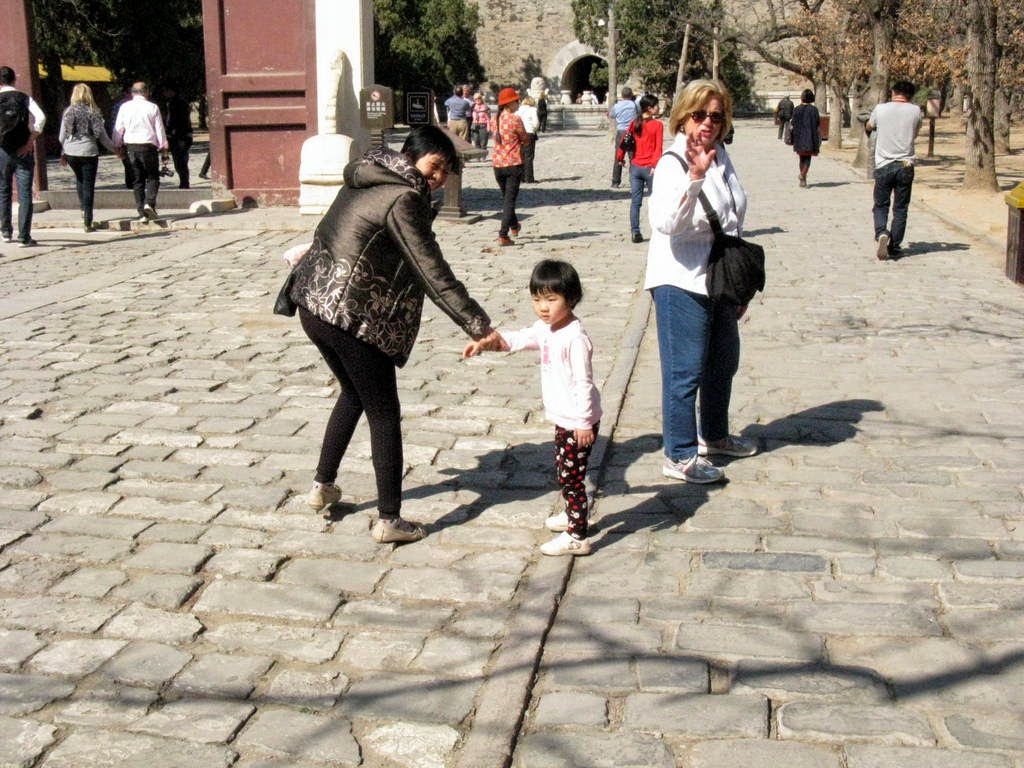 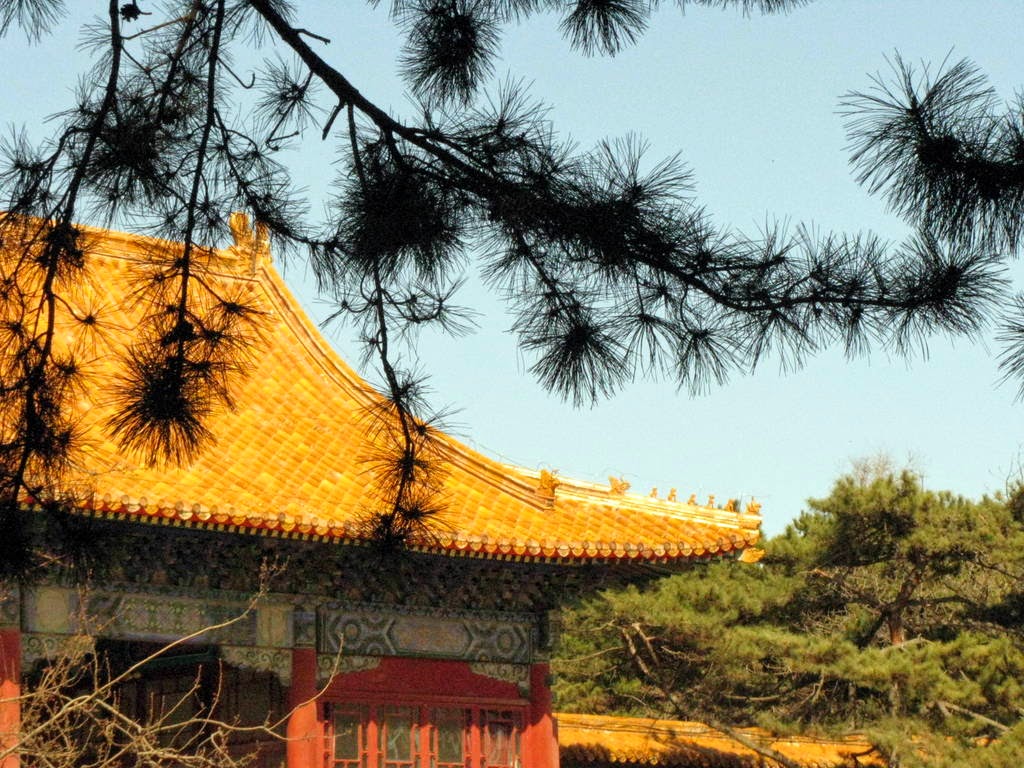 That is our visit to China and the Far East.  If you have questions, I hope you will post them in the Comment section.  And, remember, go to the links below and order my new book, The Justin Gates Chronicles - California Nightmare.  You can get the paperback or download it on your Kindle or tablet.  I think you will like it.

http://www.amazon.com/s/ref=nb_sb_noss?url=search-alias%3Daps&field-keywords=Justin%20Gates%20Chronicles
Until our next trip or I get a wild hair to write about something, God Bless you all.
Jud
Posted by JudSmithWrites at 2:14 PM