Greetings from the Pacific Ocean,
We are currently at Latitude 16° 05.00’N and Longitude 152

45.85’W just southeast of the Hawaiian Islands on our way to Nuka Hiva in the Marquesas.  Whoever named this ocean Pacific had rocks in their head.  We are currently rocking and rolling on 15 foot seas with 18mph headwinds, white caps everywhere. Anyone that is walking a straight line down the hallways is most definitely drunk. 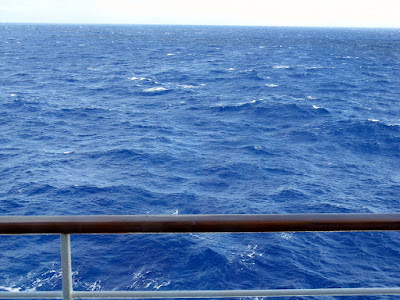 We spend a wonderful day on “The Garden Isle” of Maui, the second largest of the eight main Hawaiian Islands.  The total chain is 1,500 miles long. 4,000 years ago the Pacific plate was gliding over the “hotspot” in 3,000 feet of water that created all of the islands in this chain, spewing molten lava until after 3,000 years it broke the surface of the ocean and rose to a height above sea level of nearly 15,000 feet. From various violent eruptions and erosion the larger of the two volcanoes, Haleakala, which in Hawaiian means “House of the Sun”, is 10,023’ at the rim of the crater. It is the largest volcano in the world.

Haleakala National Park is over 325 square miles and is the home of some of the world’s beautiful and unique flora and fauna, some indigenous species not found anywhere else, but, sadly, also home to more endangered species on the planet as well.  Consider the Silversword plant.  This elegant silver plant flowers but once in its sixty year life, grows only between the altitudes of 7,000’ and 9000’ above sea level and is vigorously protected. 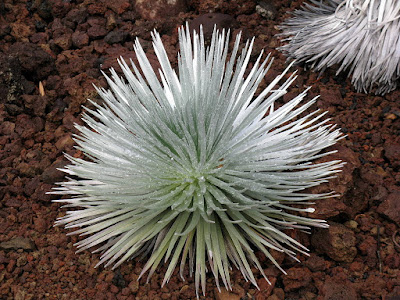 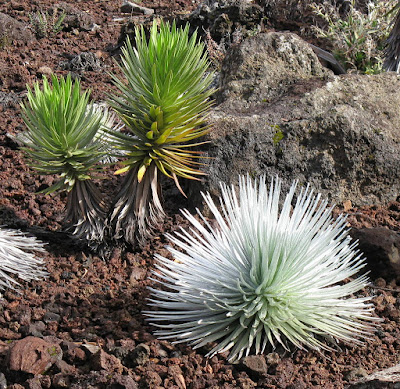 The views of the rest of Maui from the rim are spectacular.  I will give you several here, but will make two more posts with nothing but pictures I took on this tour. 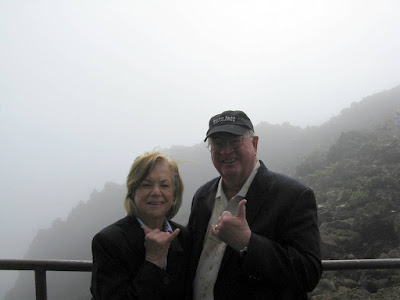 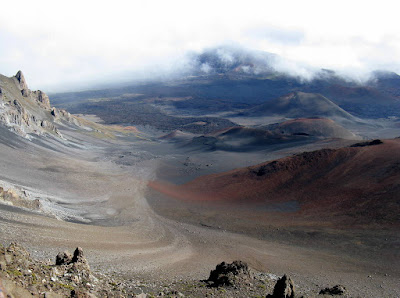 We took a tour up to the top, going from sea level to 10,000’ in less than an hour from the port.  At that height we had elevated above 25 % of the atmosphere of the earth. The crater is seven miles long and two and a half miles wide and contains several other volcanic cones inside the crater itself. 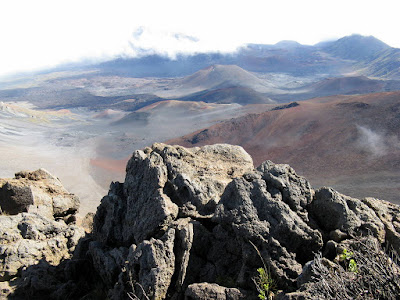 The island is formed from two volcanos, Mauna Kahalawai, an eroded shield volcano commonly called the West Maui Mountains and the massive Haleakala with the two merging in the valley or isthmus.  The isthmus is very fertile and was, until 2007, the sugar capital of the world.  Sugar is a very thirsty plant and consumes over two thousand tons of water for every pound of refined sugar produced. 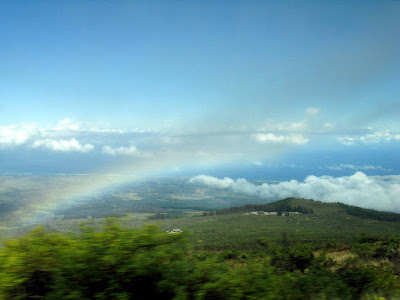 They simply could not come up with enough fresh water to sustain production and their growing population at the same time.  Now there are very few fields still existing and after this growing season is over, there will be none left.  Pineapple is now again king of agricultural production on Maui. 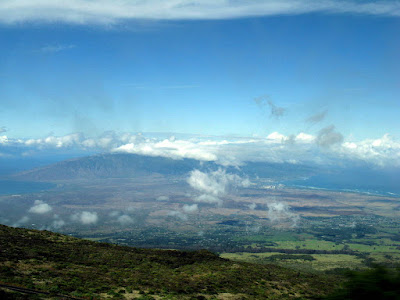 Please see the Photo Posts which follow for more views  of the enchanting island of Maui.
God Bless you all,
Jud and Vicki


Posted by JudSmithWrites at 10:37 AM