Greetings from Kahului, Maui,
Since last we spoke we have visited the port of Honolulu, Oahu, the capital and largest city in Hawaii.  It is a major hub for international business, military defense and host to a diverse variety of east-west and Pacific culture, cuisine, culture and tradition.  We to a tour up to the North Shore, visiting two tourist traps, the famous Sunset Beach, and a fabulous temple we visited thirty plus years ago with our daughters, Brandi and Brittany. It hasn’t changed a bit.  We have. 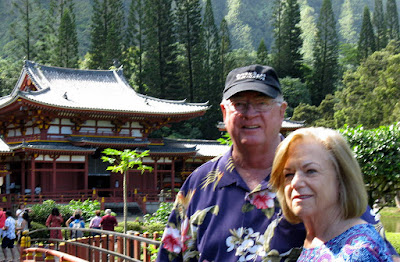 The temple is the Byodo-in Temple and it is very impressive.  and it has a big gong you can ring.  We have an identical photo of B&B banging the gong, so to speak like Vicki did below. 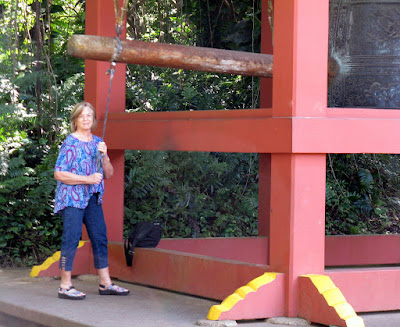 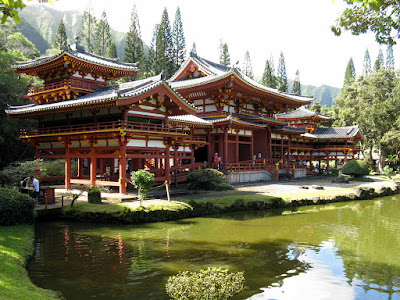 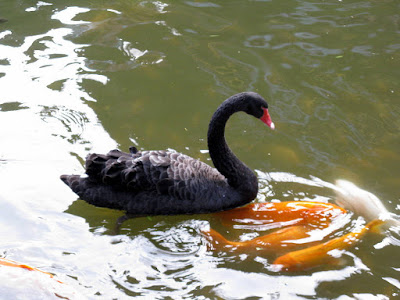 The Sunset Beach next to Waimea Bay is one of the premier surfing beaches in the world and they host numerous surfing championships annually where experts shoot the Pipeline and try not to kill themselves. Rocky beach. 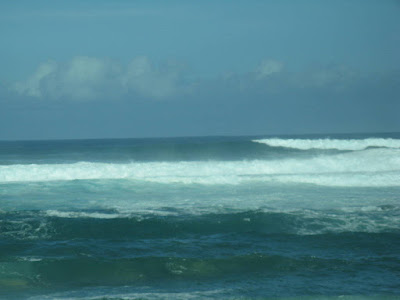 The two tourist traps were the Dole Plantation, just a store selling pineapple everything, and a Macadamia Nut Farm, not a real farm, just another store selling everything macadamia nut. 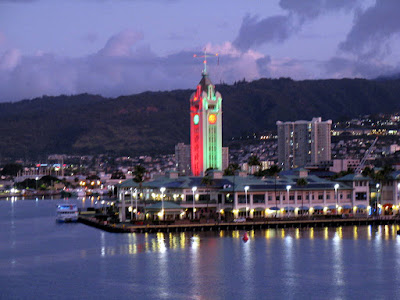 We docked right next to the famous Aloha Tower, not far from Pearl Harbor.  We arrived with a full moon at 6:00am.  The same full moon which was up the night before where a large group of us up on deck was able to view the International Space Station pass right over our heads.  Spectacular event not many get to see. 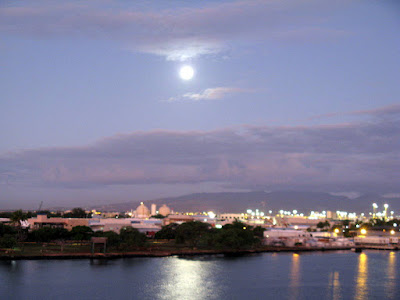 We arrived this morning at port of Kahului on the “Garden Isle” of Maui.  We are at latitude 20° 53.80’ N and longitude 156° 27.17’ W.  I will post tomorrow about our fabulous tour which took us one third of the way up through the earth’s atmosphere on top of the largest volcano in the world.

Until then, God Bless you all.


Posted by JudSmithWrites at 8:57 PM