Greetings from Moorea,
In my opinion, Moorea is the most beautiful of all the Society Islands because of its unique geography.  Eight mountain peaks carpeted in lush vegetation including the famous peak immortalized by the hit song “Bali Hai” from the Broadway musical and famous movie, “South Pacific”.  (see below) 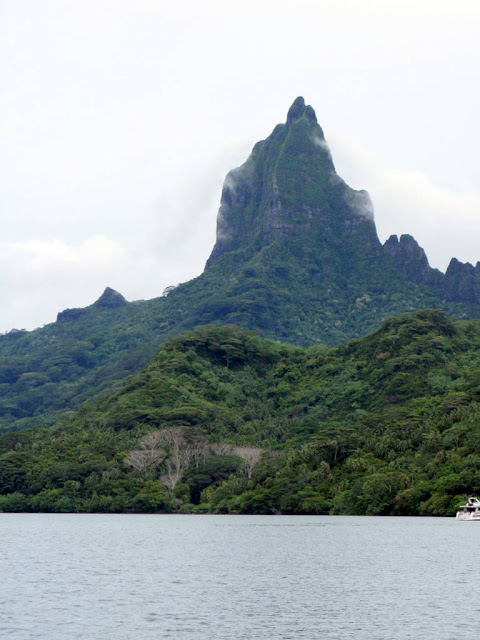 The island rises from a translucent lagoon and two tranquil bays, Cook’s Bay and Opunohu Bay, all surrounded by a barrier reef.  The bay named after Captain Cook isn’t even the bay he sailed into back in the 1700’s.  It was actually Opunohu Bay, which is the most beautiful.

We swam with the sharks and Manta rays again, only they were even more plentiful.  Lots of photos to follow, here and in a subsequent post.

We also got to swim with a huge bottle-nosed dolphin, pet him and play with him.  Vicki kissed this dolphin on the mouth, if you can believe that.  It was a fabulous experience.

Merry Christmas and Happy New Year to all! 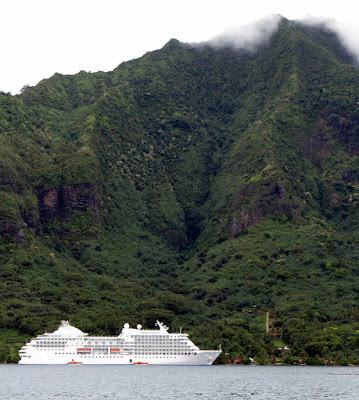 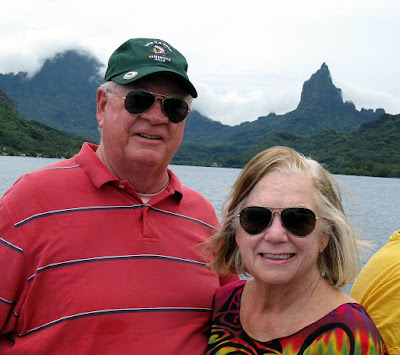 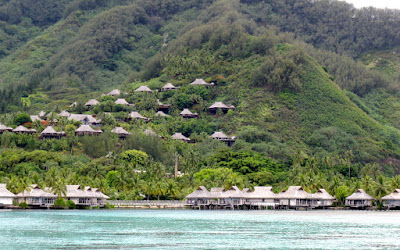 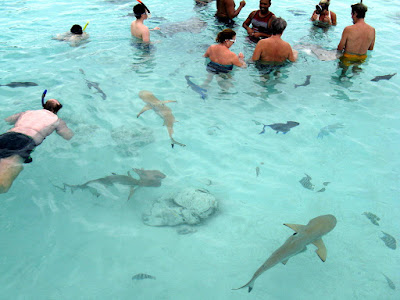 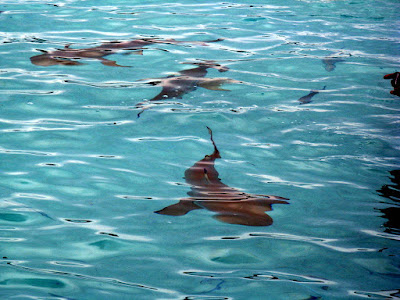 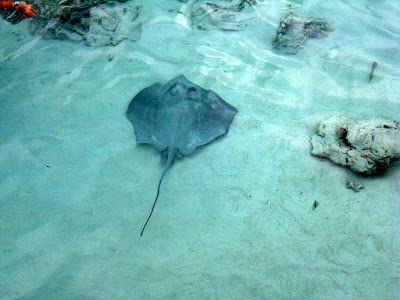 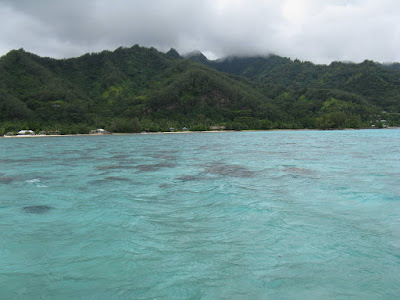 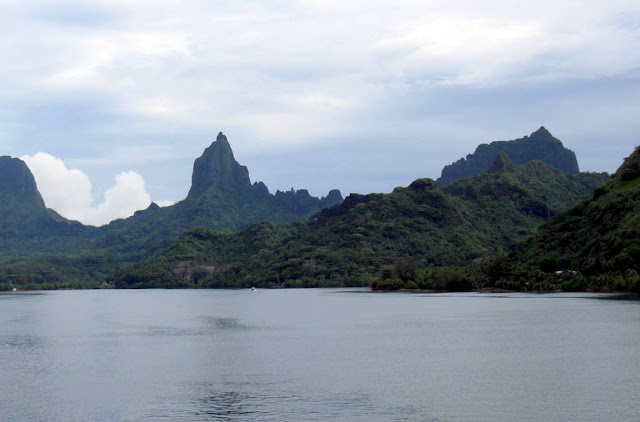 Posted by JudSmithWrites at 2:40 PM